India gets its first indigenous COVID vaccine for animals, Anocovax. Safe for dogs, lions, leopards, mice and rabbits, it is effective against both the Delta and Omicron variants

India now has its first COVID-19 vaccine to protect animals from infection, as cases rise across the country. Developed by Haryana-based ICAR-National Research Center on Equines (NRC), Anocovax, a homegrown vaccine was launched by Agriculture Minister Narendra Singh Tomar.

Anocovax is an inactivated SARS-CoV-2 Delta (COVID-19) vaccine for animals. The immunity induced by Anocovax neutralizes both Delta and Omicron variants of SARS-CoV-2, the Indian Council of Agricultural Research (ICAR), the country’s premier agri-research institute that functions under the Union Agriculture Ministry, said in a statement.

The vaccine contains inactivated SARS-CoV-2 (Delta) antigen with Alhydrogel as an adjuvant.

Which animals can be administered the vaccine?

The vaccine is safe for dogs, lions, leopards, mice, and rabbits.

What is the kit for canines?

Apart from the vaccine, a diagnostic kits for animals was also launched. The “CAN-CoV-2 ELISA kit” – a sensitive and specific nucleocapsid protein-based indirect ELISA kit – helps in for antibody detection against SARS-CoV-2 in canines.

There are no laboratory animals required for the preparation of the antigens. The kit is made in India and a patent has been filed for the same. No other comparable kits for detection of antibodies in canines are available in the market, according to the ICAR. 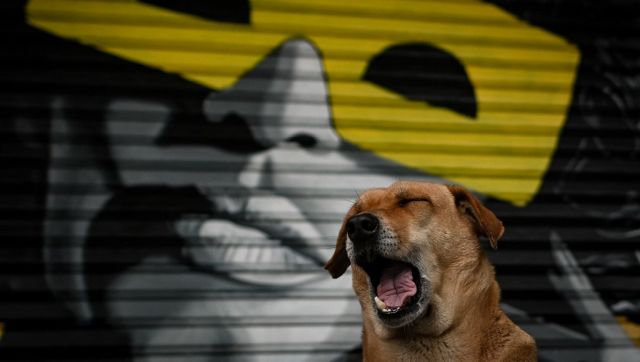 A kit has also been developed to detect antibodies in animals against SARS-CoV-2. AFP

What else was launched?

Surra is one of the most important haemoprotozoan diseases of the different livestock species caused by Trypanosoma evansi. The disease is prevalent in all the agro-climatic parts of India. In India, losses to livestock productivity were estimated to be ₹ 44,740 million annually because of Surra, the ICAR noted.

An Equine DNA parentage testing kit, which is a powerful genomic technology for parentage analysis among horses, has also been developed.

“It is due to the untiring contributions of scientists that the country stands self-reliant in developing its own vaccines more rather than importing. This is really a big achievement, ”Tomar said after the virtual launch of the COVID-19 vaccine and diagnostic kits.

Have animals tested positive in India?

In May 2021, eight Asiatic lions in a zoo in Hyderabad contracted coronavirus. They showed signs of respiratory distress.

Coronavirus was found in dogs, cows and buffaloes too in Gujarat, according to a study titled ‘Surveillance and molecular characterization of SARS-CoV-2 in non-human hosts in Gujarat’.

In June 2021, two lions died of the infection at a zoo near Chennai. The animals had displayed symptoms such as coughing and loss of appetite. At least 10 other lions caught the virus at the zoo, with two aged lionesses becoming critically ill before recovering.

When was the first-ever COVID infection detected in animals?

The first dog tested positive for the virus in Hong Kong in February 2020.

In January 2021, eight gorillas at the San Diego Zoo Safari Park became the first great apes in the world to test positive for the novel coronavirus.

In November 2021, three snow leopards died of COVID-19 at a children’s zoo in Nebraska in the US. The zoo was treating the leopards and two Sumatran tigers for the virus. The zoo said the tigers made a recovery.

Across the world, infections have been confirmed in tigers, lions, mink, snow leopards, cougars, a ferret, dogs, and domestic cats. Russia developed the world’s first COVID-19 vaccine for animals. This handout picture taken on 9 December 9, 2020 shows specialists working on the development of Carnivak-Cov at a laboratory. AFP

Do other countries have COVID-19 vaccines for animals?

In April 2021, Russia became the first country in the world to register a vaccine for animals against COVID-19. Tests showed that it generated antibodies against in the virus in dogs, cats, foxes and mink.

The vaccine called Carnivac-Cov would be able to protect vulnerable species and thwart viral mutations, the Russian regulator Rosselkhoznadzor had said.

Russia back then had plans to export the vaccine to Greece, Poland, and Austria.

In March 2021, an orangutan named Karen, the first in the world to have open-heart surgery in 1994, was also among the first great apes to get a COVID-19 vaccine. Three other orangutans and five bonobos at the San Diego Zoo in the United States received two doses each of an experimental vaccine for animals developed by a veterinary pharmaceutical company, according to a report in National Geographic.

The US-based pharma firm Zoetis began developing a COVID-19 vaccine for dogs and cats in 2020 after the infection was detected in the Hong Kong canine.

In August 2021, 48 animals including tigers, bears, baboons, hyenas, chimpanzees, and mountain lion were given the same vaccine in a zoo in Oakland.

By December 2021, 260 animals of different species were given the vaccine in the San Diego Zoo.

Zoetis donated thousands of its COVID-19 vaccine for animals to zoos and animal sanctuaries in 13 countries, including the US and Canada. A Borneo orangutan named Sandai watches a worker holding a syringe with a dose of an experimental vaccine against COVID-19 made by the Zoetis veterinary laboratory during a vaccination drill at the Buin Zoo in Buin, Chile in December 2021. AFP

How are veterinary vaccines developed?

Animal vaccines need a lower level of scrutiny compared to humans and often have a different makeup.

The Zoetis vaccine, a subunit recombinant vaccine, uses a synthetic version of the SARS-CoV-2 spike protein and a proprietary adjuvant that the company has used in previous veterinary vaccines. It’s administered in two doses, three weeks apart, and, unlike some drugs, the magnitude of the dose does not need to be adjusted depending on the size or weight of the animal receiving a jab, according to a report in The Scientist.

Kevin Tyler, a microbiologist at the University of East Anglia, UK, told The Scientist that the veterinary vaccine used in Russia is an inactivated virus vaccine, which is a more complex form of vaccine than recombinant or mRNA vaccines.

How do animals get the infection?

COVID-19 can be transmitted from people to animals through intimate contact, according to the US Centers for Disease Control and Prevention. It is unlikely to transmit from animals to humans.

With inputs from agencies