Ukrainian Deputy Prime Minister Iryna Vereshchuk said Wednesday that Kyiv has reached a preliminary agreement with Russia on establishing a humanitarian corridor for civilians from the besieged city of Mariupol.

Vereshchuk said the route had been agreed for the evacuation of women, children and older people.

“Given the very difficult security situation, changes may occur during the corridor action,” Vereshchuk said in a message posted on Facebook.

“We will put our best effort to make everything work as it should.”

Mariupol Mayor Vadym Boichenko said he hoped 6,000 people could be evacuated from the city on Wednesday, adding he hoped the preliminary agreement with Russia would hold. Ukraine has accused Russia of blocking previous attempts at evacuation.

More than 100,000 people remain in the city awaiting evacuation, the mayor said.

The southeastern Ukrainian port city was surrounded by Russian troops on March 1, shortly after the start of the Russian attack on Ukraine. Both the port and the city are largely considered to have been destroyed.

Russia is reported to have been hitting the Azovstal steel plant, which is the main remaining Ukrainian stronghold in Mariupol, with bunker-busting bombs.

Ukraine’s Azov battalion says hundreds of women, children and elderly civilians are sheltering at the site, with supplies running out.

Serhiy Volyna, the commander of the 36th Separate Marine Brigade at the plant, earlier on Wednesday called for an “extraction procedure.”

He urged that everyone – soldiers, the wounded, and hundreds of civilians – be taken to safety on the territory of a third country.

“This is our appeal to the world,” said Volyna. “This could be the last appeal of our lives. We are probably facing our last days, if not hours.”

British military intelligence reports that fighting in the Donbas region of eastern Ukraine is intensifying as Russian troops seek to break through Ukrainian defenses.

It said Moscow was continuing to build its military presence on the eastern border of Ukraine.

The UK said Russian air activity in northern Ukraine was likely to remain low after Russia’s withdrawal, but that there was still the possibility of precision strikes against priority targets across the country. It said this was as Moscow sought to disrupt the movement of Ukrainian reinforcement eastwards.

Ukraine says its fended off attacks in Luhansk

“After The storming attempts of the Russian occupiers in Rubishne and Severodonetsk, 130 wounded soldiers of the enemy were taken to the local hospital in Novoaydar, “the General Staff said in its situation report early on Wednesday.

The Ukrainian military leadership also said there had been attempted assaults on the small town of Isyum in the Kharkiv region and heavy fighting around Marjinka, Popasna, Torske, Selena Dolyna, and Kreminna.

The pro-Russian separatists have previously announced that they have gained control of Kreminna.

Russian forces again called for those still in the besieged Azovstal power plant to surrender by 2 pm Moscow time (1100 GMT). They also called on Ukrainian forces to lay down their weapons.

Serhiy Volyna, the commander of the 36th Separate Marine Brigade said his marines “may be facing our last days, if not hours.” He added, “The enemy is outnumbering us 10 to one.”

He called for an “extraction procedure” and urged that everyone – soldiers, the wounded, and hundreds of civilians – be taken to safety on the territory of a third country.

Thousands of troops and civilians remain at the plant. The mayor of Mariupol described a “horrible situation” where up to 2,000 people, mostly women and children, are trapped without “normal” supplies like water and food.

Ukraine’s President Volodymyr Zelenskyy mentioned it in his late-night video address, calling the situation in the embattled port city “as difficult as it can be.” He accused the Russian side of blocking all attempts to organize humanitarian corridors and rescuing civilians. Meanwhile, Russia said its Tuesday evening offer of such a corridor went unused and that another would be opened later on Wednesday.

In recent weeks, both sides have repeatedly accused each other of sabotaging efforts to allow civilians to be brought to safety.

Prior to Russia’s invasion of Ukraine, 10% of the global population faced chronic food insecurity, Yellen said. Economic models suggest at least 10 million more people could be pushed into poverty because of the conflict.

Yellen said that countries should avoid exporting bans that could drive prices higher while stepping up support for vulnerable populations and small-scale farmers.

Russia and Ukraine are both major agricultural exporters of foodstuffs, fertilizer and other products. 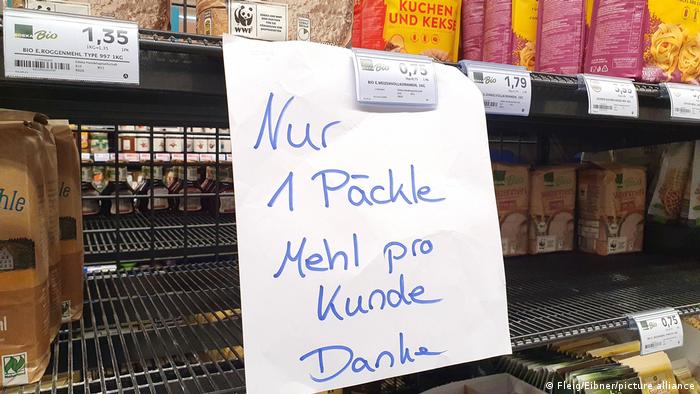 Even in a country like Germany with high per capita spending power, supermarket shelves again have signs reminiscent of the COVID lockdown, asking customers to limit purchases of products like flour, sunflower oil and rice

“Right now have more fixed-wing fighter aircraft available to them than they did two weeks ago,” Kirby said, adding, “Other nations who have experience with those kinds of aircraft have been able to help them get more aircraft up and running. “

Kirby declined to specify how many aircraft or their origin.

The Pentagon announcement comes one week after US President Joe Biden unveiled $ 800 million in military aid for Ukraine.

The IAEA said contact between the defunct Chernobyl nuclear power plant, site of the world’s worst nuclear catastrophe at the time the reactor exploded due to human error in 1986, and Ukraine’s national regulator had been lost for “more than a month” when Russian forces occupied the facility.

Grossi said, “This was clearly not a sustainable situation, and it is very good news that the regulator can now contact the plant directly when it needs to.”

According to the IAEA, Russia told its troops left the area on March 31 having held the site for five weeks.

Summary of Tuesday’s events in Russia’s war on Ukraine

The UN said the number of people to have fled Ukraine hit 5 million, with a further 7 million people internally displaced by the fighting.

Ukrainian Deputy Prime Minister Iryna Vereshchuk reported that 76 prisoners of war were being returned to the country as part of the fourth exchange of captives with Russia.

Russia says it has opened a corridor so that Ukrainian troops trapped in a steel plant in the besieged city of Mariupol can leave if they agree to surrender their weapons.

Russia’s Defense Ministry demanded that measures be taken to release civilians from the Azovstal metallurgical plant in the besieged Ukrainian city of Mariupol. Azovstal is the last remaining pocket of Ukrainian resistance in the key southeastern port.

According to the governor of the Luhansk region, Russian forces have seized the city of Kreminna, a city of around 18,000 people, in eastern Ukraine.

Four people including three emergency service officials defusing unexploded ordinance were among the dead in the northeastern Ukrainian city of Kharkiv, the city’s mayor said. Kharkiv is near the front lines and has faced repeated shelling from Russian forces.

The British Defense Ministry said Russian shelling and strikes on the Donbas region in eastern Ukraine continued, but Ukrainian forces managed to repel numerous attempted advances. Britain has announced plans to revoke the Moscow Stock Exchange’s status as a recognized stock exchange in response to Russia’s invasion of Ukraine.

The European Commission has given the green light to a € 20 billion ($ 21.6 billion) German scheme to help companies affected by the fallout of the war in Ukraine. The EU executive also approved € 836 million in Polish state aid to support farmers hit by rising fertilizer costs.

You can revisit our live updates from April 19 here.