During the pandemic we became accustomed to gaps on supermarket shelves. A lack of seasonal workers and HGV drivers meant crops couldn’t be harvested, animals couldn’t be slaughtered and food couldn’t be transported to where it needed to be.

While these causes are still a factor, the war in Ukraine, and other related and unrelated factors are now causing additional issues and concerns for the food chain, and on a far larger scale.

Sign up to our free Food and Health newsletter for tips on the tastiest and best value food and the facts behind the latest food and health fads. 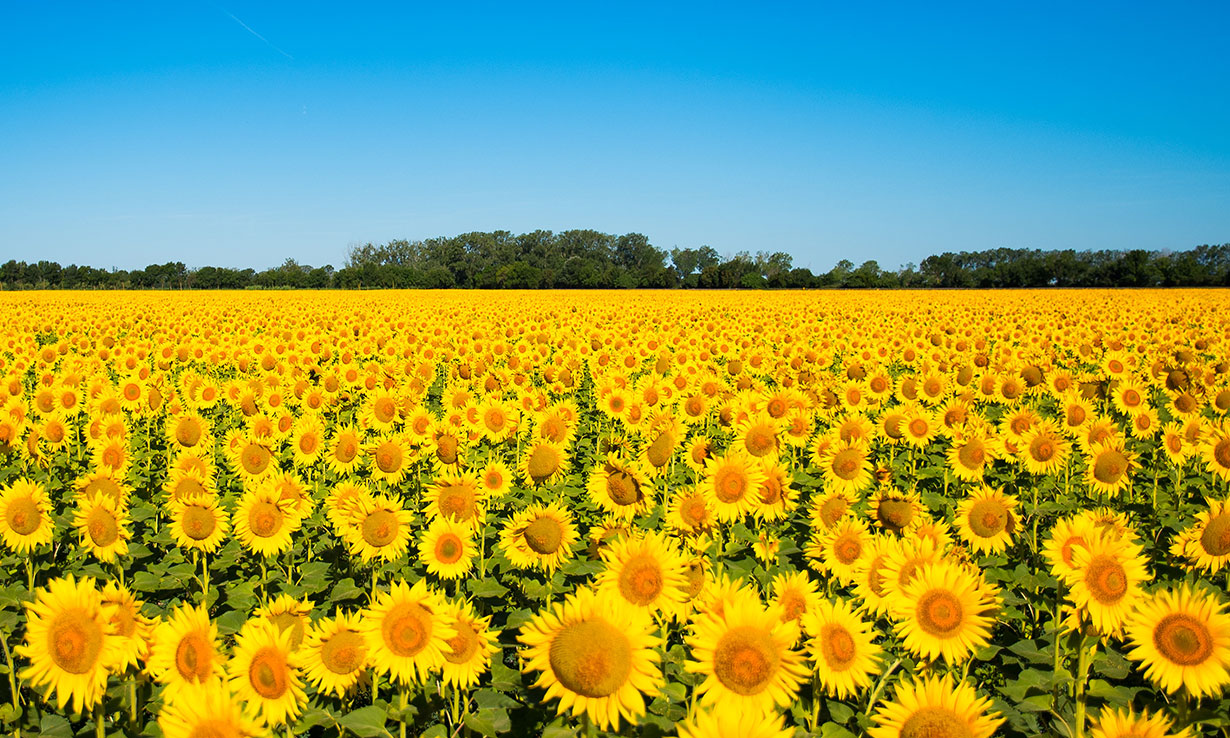 Most of the sunflower oil we use in the UK is imported from Ukraine and food businesses are already reporting they’re having trouble sourcing it, with many expecting it to run out in a few weeks.

Sunflower oil has a subtle taste that doesn’t overpower food, is stable at high temperatures and is high in unsaturated fatty acids and vitamin E.

That’s why it’s used extensively in cooking and as an ingredient in many food products, including crisps, granola and other cereals, oven chips, breaded fish, pesto and vegetable oil spreads.

Shortages and subsequent price hikes have left food manufacturers looking for alternatives to minimize disruption to the availability of certain foods.

Several have already switched to refined rapeseed oils. However this has happened at such short notice, they’ve been unable to update food labels according to the Food Standards Agency (FSA).

Emily Miles, FSA chief executive says: ‘The FSA is advising consumers to look out for additional information and is urgently working with food manufacturers to ensure labels are accurate as soon as possible’.

It is likely that an additional label will be added to affected products.

The lack of sunflower oil has meant supermarket Iceland has had to U-turn on its commitment to remove palm oil from its own-label products.

On its company website, Richard Walker, Iceland managing director said that the move away from palm oil had increased the company’s reliance on sunflower oil. But that the soaring price and scarcity of sunflower oil has meant in some cases Iceland has had to go back to using palm oil in certain products where rapeseed oil wasn’t a viable alternative.

The FSA wants to reassure consumers that it has looked into any safety risks associated with substituting sunflower oil with rapeseed oil, especially in the case of food allergies, and the risks are low. 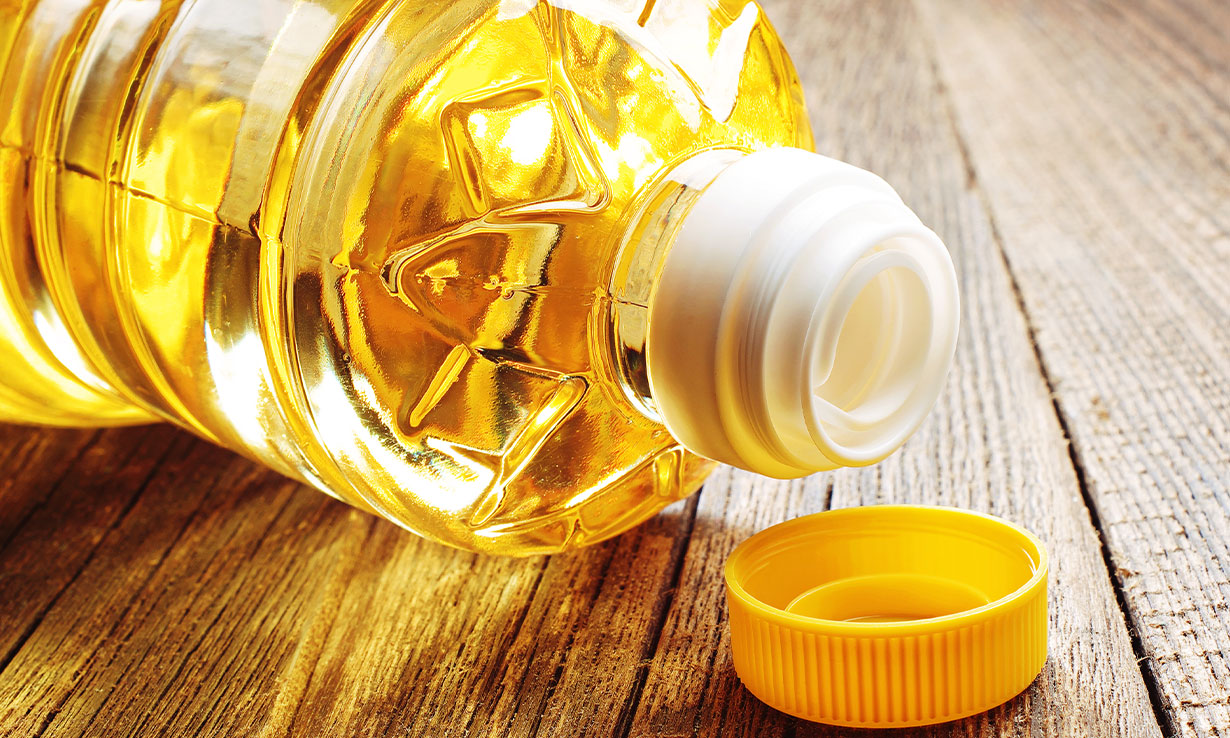 Sunflower oil is widely used in home cooking too – for frying, stir fries, roasting potatoes, Yorkshire puddings and as an alternative to butter in cake recipes.

If you’re struggling to find sunflower oil on supermarket shelves you can swap it for rapeseed oil (sometimes known as canola oil) which is also low in saturated fat, is relatively flavorless, and has a high ‘smoke’ point so is stable at high temperatures for cooking.

Olive oil, although more expensive, can be used in place of sunflower oil in some instances, however if cooking at high temperatures (frying and roasting) use a refined olive oil. Olive oil won’t work as well in cakes as it has a more distinct flavor than sunflower oil.

How to make Yorkshire puddings 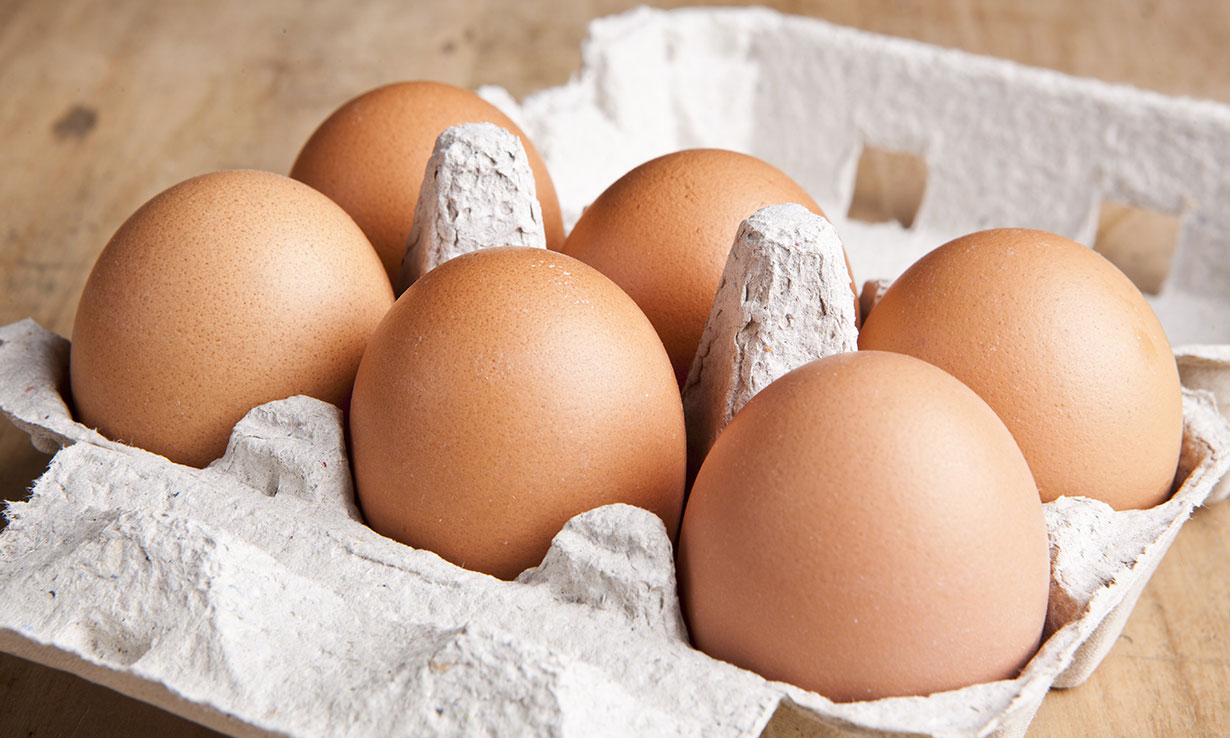 This is not caused by what’s happening in Ukraine – or Brexit or Covid – but by an outbreak of avian flu (bird flu).

To prevent the disease from spreading, Defra has made it mandatory for farmers to keep free-range hens inside, away from wild birds.

The imposed housing measure came into force in November 2021, after cases were confirmed on UK farms, with farmers also having to introduce stricter biosecurity measures, including regular cleaning and disinfecting of equipment.

Producers were given a 16-week grace period in which eggs from housed birds were able to be labeled as free-range.

The grace period has now expired but the imposed housing measures will remain in place until further notice, according to Defra.

Since 21 March 2022 you may have noticed signs on shelves and online saying all eggs are barn eggs.

Mandatory housing will also affect chickens reared for meat and the availability of free-range chicken.

The risk of avian flu to humans is low and does not affect the consumption of thoroughly cooked chicken and eggs. 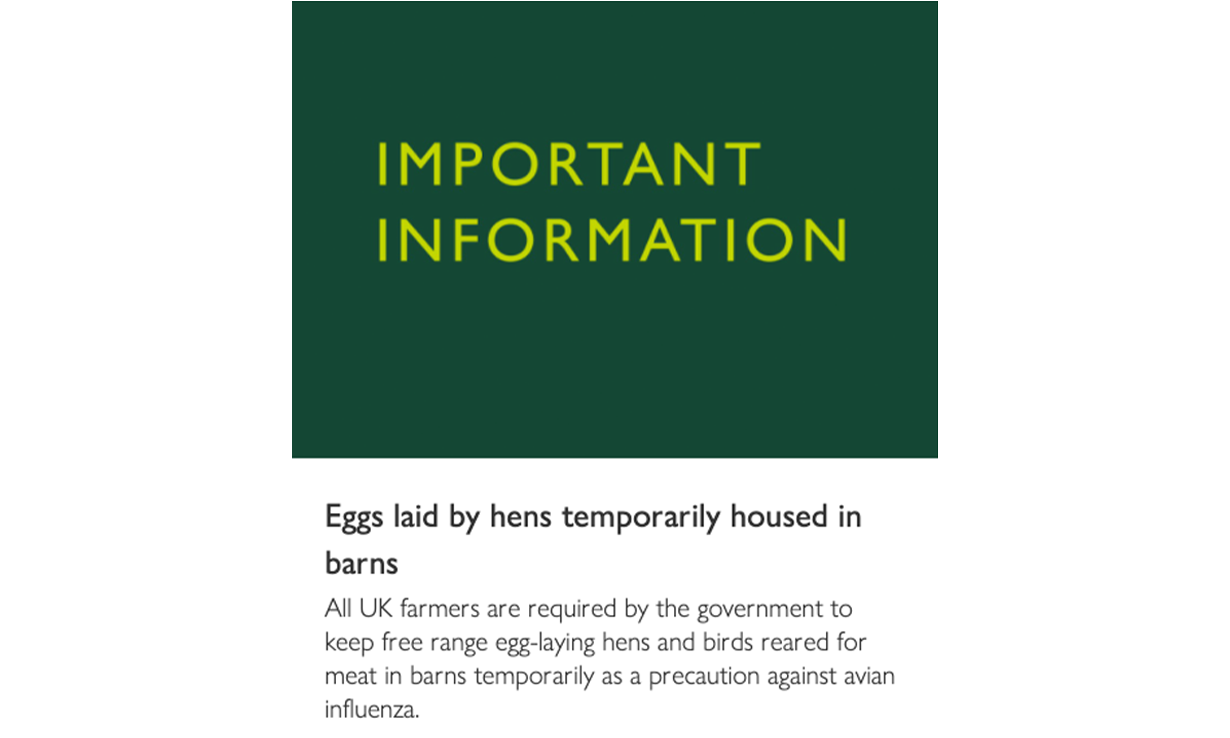 Are expensive eggs best? What’s the difference between free-range and barn eggs? 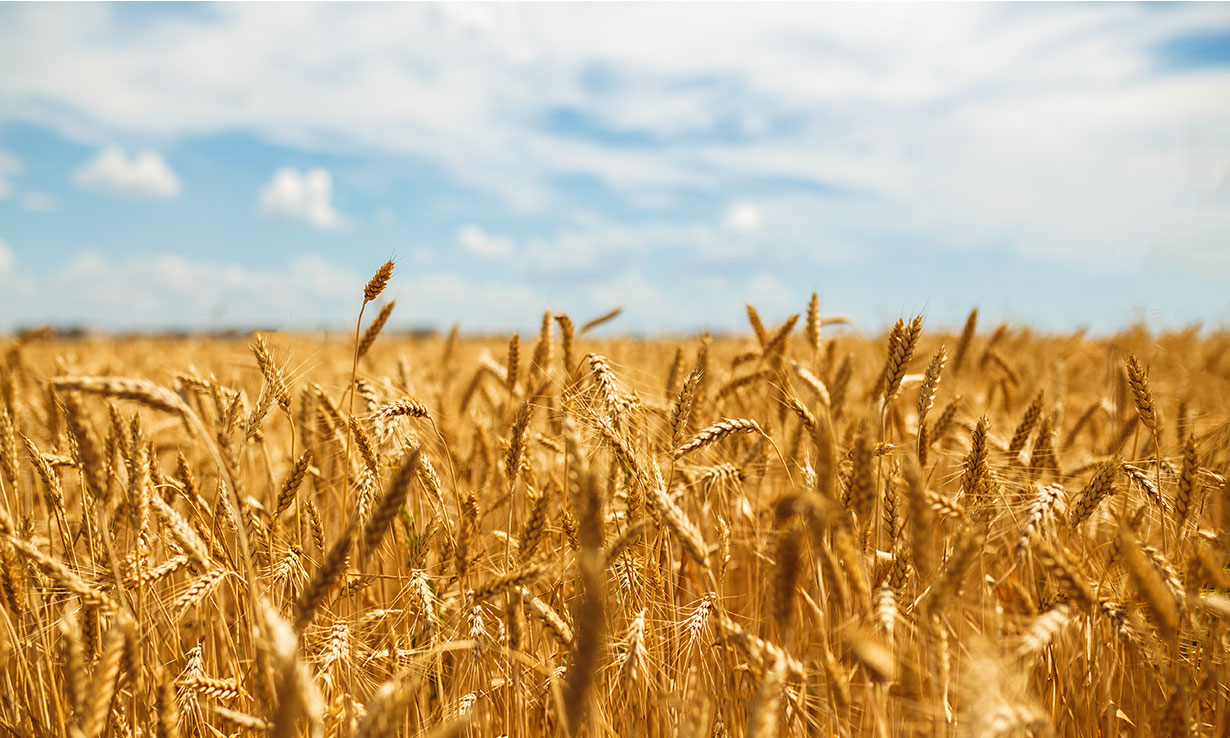 While there are some residual issues in the food chain relating to Covid and Brexit, such as availability of HGV drivers, what’s happening in Ukraine and sanctions on Russia will have an increasing effect on availability of some foods.

For example, around 30% of the world’s wheat comes from Ukraine and Russia. While the UK grows most of its wheat and our imports come mainly from France, Germany and Canada, the scarcity of global wheat will lead to increasing prices.

This will affect the cost of bread, pasta and many breakfast cereals.

Corn (maize) is another staple widely grown in Ukraine and Russia.

Both wheat and corn are used in animal feed in the UK so shortages and price rises of these are likely to have a knock-on effect on the cost of meat, dairy and eggs. 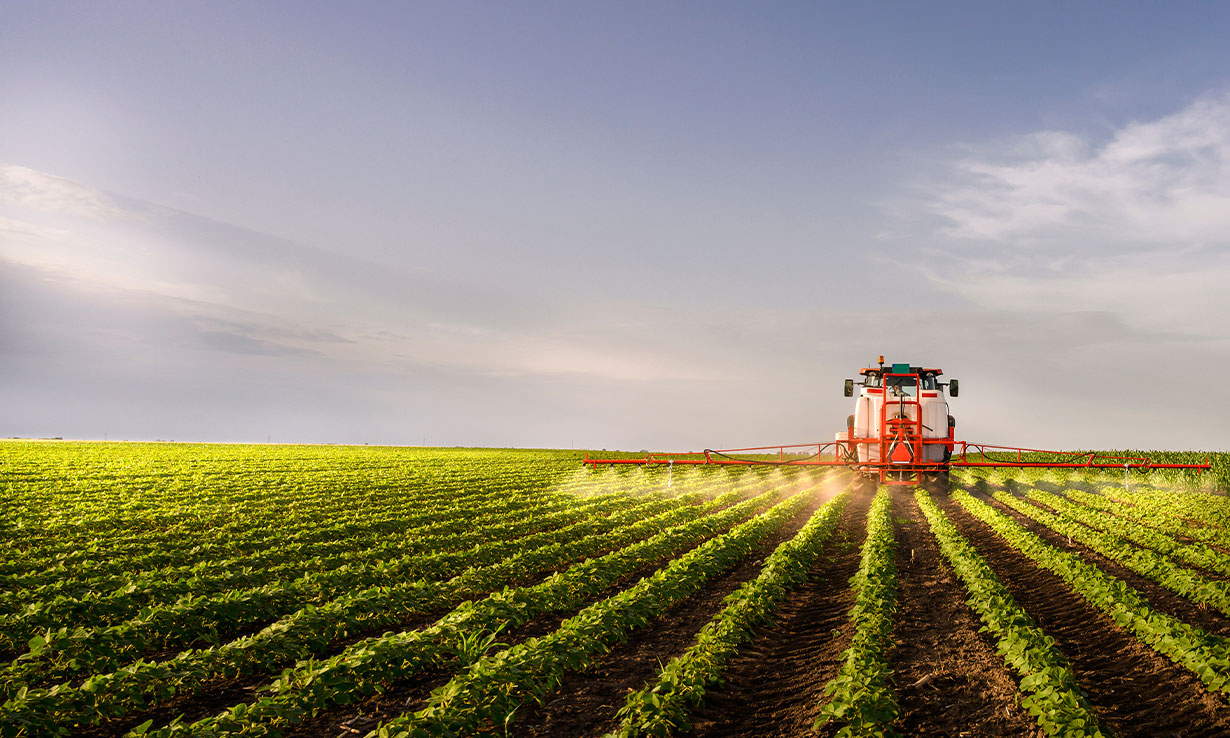 Ukraine and Russia are major producers of fertilize. But the war, sanctions and the rising cost of gas are making it harder for farmers to source fertilizer and pushing the price of it up.

The National Farmers Union (NFU) has said the cost of nitrogen fertilizer was up 200% year on year.

Farmers are having to adapt by using less fertilizer than usual, however the consequence of this could be lower yields.

Higher gas prices could affect fertilizer producers in the UK. During the pandemic some plants closed temporarily, affecting the production of carbon dioxide (CO2)a by-product of the process and causing shortages of carbonated drinks and beer.

It’s possible that this could happen again.

Additionally many seasonal workers in the UK come from Ukraine and are vital in planting, picking and packing fresh produce. If we don’t have enough seasonal workers this will affect how much food is produced.

The scarcity of foods and fertilizers, combined with increasing gas costs and the potential shortage of seasonal workers will inevitably have an effect on food prices, sending them soaring at a time when people are already struggling with the cost of living.

What you can do

There’s not much consumers can directly do to mitigate against these shortages, apart from being flexible when supermarkets don’t have what you want.

You can use the internet to find inspiration and recipes for foods you’re not used to cooking with or for ideas for substitutions if you can’t find what you want.

Supermarkets will do as much as they can to ensure that there’s enough choice on shelves and over the past couple of years have gotten used to adapting and prioritizing their product lines.

Which is the cheapest supermarket?