The cost-of-living crisis is forcing exotic pet owners to abandon their animals as they struggle to afford expensive equipment needed to keep them.

The RSPCA says it is braced for a surge in abandonments in animals such as snakes and bearded dragons as higher electricity bills start landing on people’s doormats.

And as owners struggle to afford keeping their costly UV and heat lamps on, reptile shop owner Charles Thompson, 41, has already seen a spike in dumped reptiles.

Charles, who owns Snakes ‘N’ Adders in Sheffield, South Yorkshire, has noticed the number of bearded dragons he has taken in has doubled since energy prices soared.

And he says he’s had people turn up to his shop with animals they’ve found after they were left in the wild. 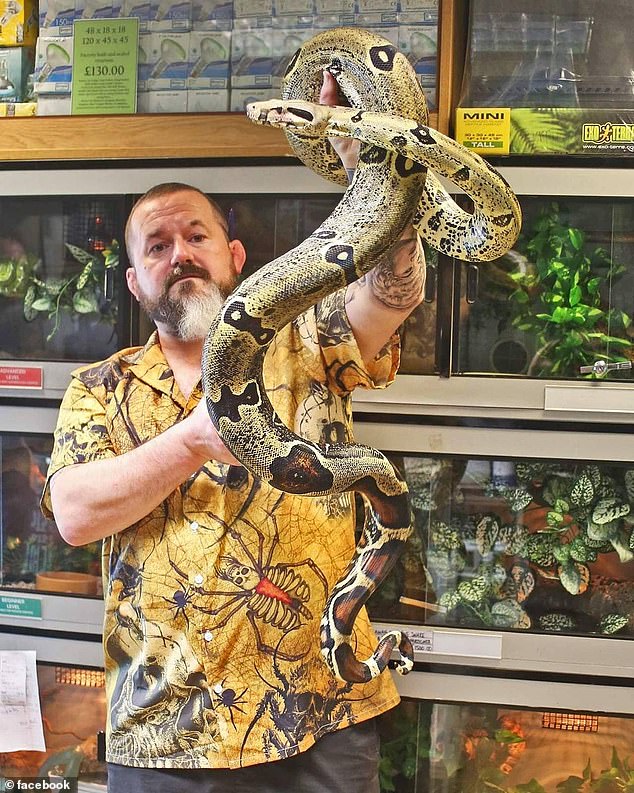 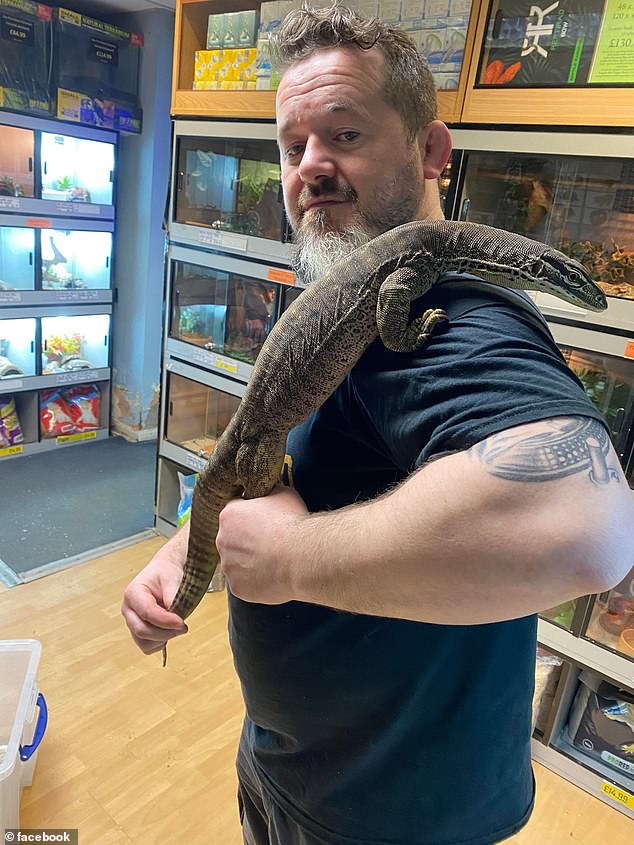 Charles is urging hard-up owners to take their animals into a reptile shop rather than dumping them if they can’t afford the up-keep. 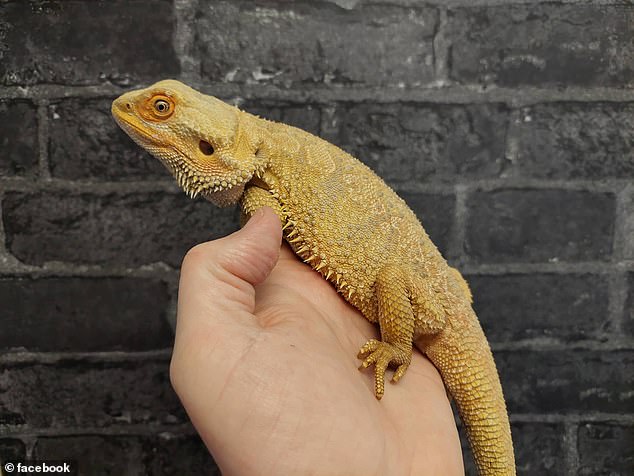 ‘They retrieved it, didn’t know what to do with it and brought it straight to us.

‘We kept it for three weeks, made sure it was feeding fine and announced it was available for rehoming.’

The married father-of-two said one woman went into her garden and found two bags for life that had been thrown over the garden.

She opened them to find a bearded dragon and baby horned frog.

He said he would normally take in around three bearded dragons a month but that number had almost doubled in recent months.

Bearded dragons are one of the most expensive reptiles to look after, due to them needing UV lights, thermostats and heaters.

But Charles has urged hard-up owners to take their animals into a reptile shop rather than dump them if they can’t afford the up-keep.

He added: ‘What a stupid thing to do, I’m annoyed and frustrated. Why would you do it? It is complete stupidity.

‘Particularly when there is a network of shops up and down the country, with reptile sections, you could have surrendered the animals to. 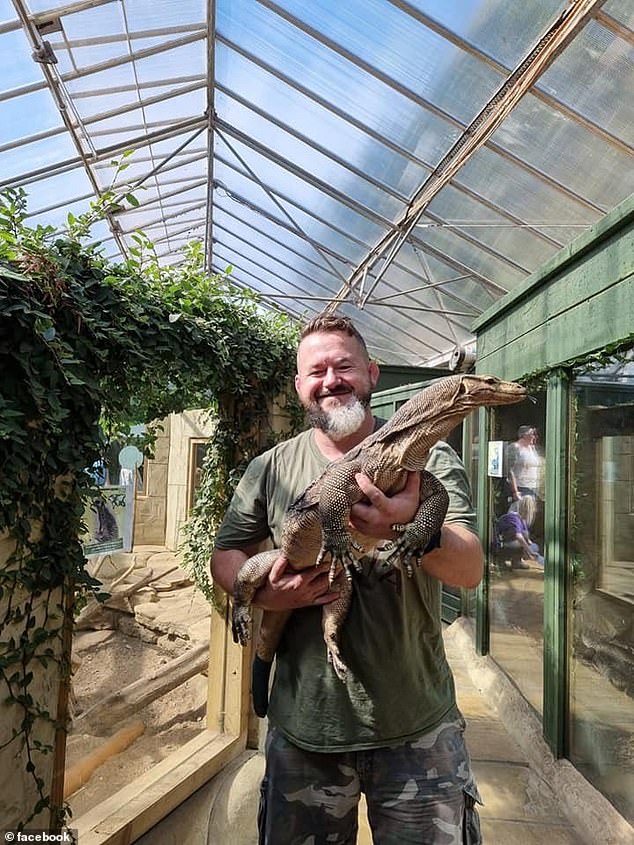 Charles acknowledged exotic pet upkeep can be expensive, but said it was ‘complete stupidity’ that people struggling with bills sometimes opt to abandon pets rather than hand them in at specialist shops 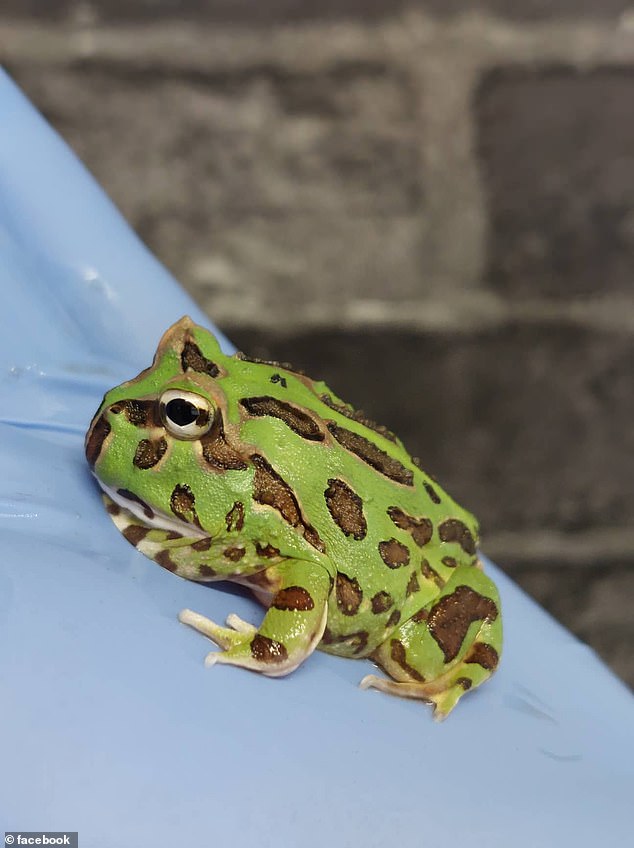 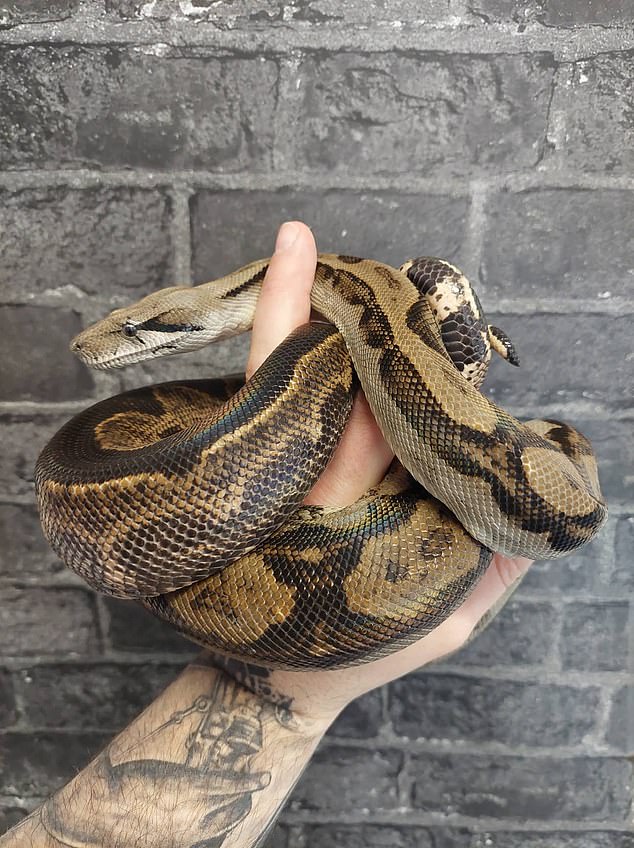 ‘Shops will break their neck to make sure an animal doesn’t go unwanted.

‘We will do whatever it takes to meet the needs of the animal.’

The RSPCA said: ‘The RSPCA is concerned about exotic pets whose owners are affected by the rise in the cost of living.

‘We are braced for a surge in abandonments once higher electricity bills start landing on people’s doormats.

‘Unfortunately many people are unaware of how much of a commitment exotic pets are when they take them on.

‘Our officers are often called out to deal with hundreds of animals every year which have sadly been abandoned when their owners can no longer meet their needs.

‘And with prices rising, this problem is likely to get worse.

‘At the RSPCA, we are only too aware of the costs of keeping exotic pets.

‘With up to 200 exotic animals being looked after at any one time at the RSPCA Brighton’s Reptile Rescue alone, there can be more than 100 vivariums plugged in for 24 hours a day, using huge amounts of power for UV and heat sources.’

How much does it cost to own an exotic pet, like a snake or a bearded dragon?

For starters, you need a place to keep your reptile – otherwise known as a vivarium, which will cost around £ 100, although that depends entirely on the size.

Reptiles are classed as ‘ectotherms’, meaning they cannot regulate their own body temperatures through internal processes, as mammals do. Instead, they need an external source of warmth.

You will therefore need bulbs, which cost around £ 10, a thermometer, costing roughly £ 8, and a thermostat, which comes with a price tag of around £ 90.

Atmospheric cork, plants, a water bowl and a number of other accoutrements for the vivarium also need to be purchased, at a price of around £ 30 all told.

Then, there is the ongoing cost of food.

Two frozen mice, which would feed a snake for a day – depending on its size – cost around £ 1 meaning a food bill of £ 365 a year.