SYDNEY, May 22, 2022 (AFP): Incoming prime minister Anthony Albanese vowed to end Australia’s Reputation as a climate laggard and reset relations with the rest of the world Sunday, as he raced to form a government in time for a key Tokyo summit.

Fresh from an electoral Victory that ended a decade of conservative rule, Albanese signaled an era of fairer, greener and less pugilistic politics for Australia.

It is still unclear whether Albanese’s Labor Party will win enough Parliamentary seats to form an Outright majority, or whether they will have to turn to independents or smaller parties for support.

But “Albo” and key Ministers are expected to be Sworn in on Monday to be able to attend a summit with Japanese, Indian and US leaders – the so-called Quad.

Albanese said the summit was “an absolute priority” for Australia and an opportunity “to send a message to the world”.

They said partners Overseas can expect wholesale changes “particularly with regard to climate change and our engagement with the world on those issues”.

In recent years, images of smouldering eucalypt Forests, smog-enveloped cities and blanched-out coral Reefs have made Australia a poster child for climate-fueled Destruction.

Under conservative leadership, the country – already one of the world’s largest gas and coal exporters – has also become synonymous with playing the spoiler at international climate talks. 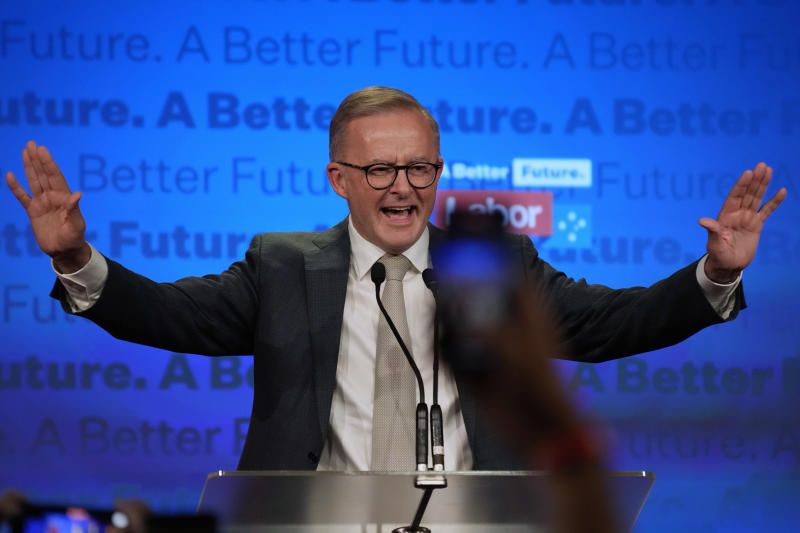 Leader of the Australian Labor Party Anthony Albanese (C) meets with Labor candidate for Reid, Sally Sitou (R) and supporters after winning the general election at the Marrickville Library and Pavilion in Sydney on Sunday, May 22, 2022. – AFP

After the summit and bilateral meetings with US President Joe Biden, Japanese Prime Minister Fumio Kishida and Indian Prime Minister Narendra Modi on Tuesday, Albanese said they would return to Australia on Wednesday.

“Then we’ll get down to business,” he said.

“Of your many promises to support the Pacific, none is more welcome than your plan to put the climate first – our People’s shared future depends on it,” said Fijian Prime Minister Frank Bainimarama.

Others will be watching closely to see if Albanese’s Premiership brings a less hawkish tone to China, and whether Ministerial meetings with Beijing resume after more than two years in hiatus.

Official results showed Labor expected to win 75 seats – almost within reach of the 76 required for a majority in the 151-seat lower house. A handful of other races are still too close to call.

But it is already clear that the vote was a political earthquake in Australia.

For many Australians, the election was a referendum on polarizing outgoing prime minister Scott Morrison.

His tumultuous tenure saw the country smashed by bushfires, droughts, floods and a pandemic, all of which Shattered usually happy-go-Lucky Australia’s sense of security and their faith in government.

Morrison Drew revulsion for playing down the role of climate change in Australia’s ever-worsening disasters and insisting “I don’t hold a hose, mate” when asked to justify holidaying overseas during the bushfire crisis.

“Being in Hawaii when half the country is burning to the ground was probably not a wise decision,” said Dean Bergin, a 32-year-old investment fund manager.

“Anyone with half a brain can see that. It’s the opposite of leadership.”

Voters responded at the ballot box with a sharp rebuke of his Liberal-National Coalition – ousting top Ministers from parliament and virtually expelling the party from major cities.

“I am very, very happy,” said Kathy Hopkins, a 60-year-old disability support worker in Sydney’s Beachside suburb of Clovelly, part of what was considered an ultra-safe conservative seat. 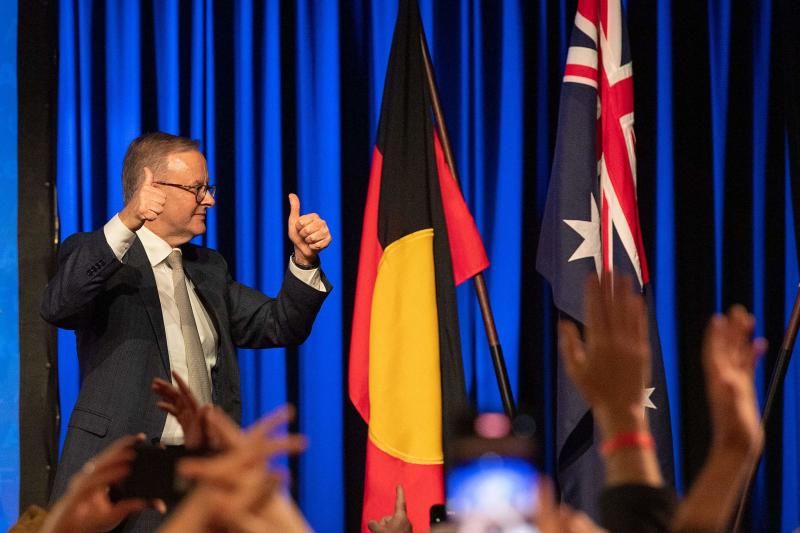 “This is a moment to end the climate wars,” Spender told jubilee supporters at nearby Bondi Beach, promising to push for more Integrity in politics and an inclusive economy.

“These are the values ​​that the community has spoken for.”

For Morrison’s conservative allies, the defeat is already spurring a battle for the soul of the party.

The leadership contest is informally under way, with moderates blaming the loss on a drift to the right.

Speaking at his Pentecostal church on Sunday, Morrison tearfully told the Congregation his time in the top job had “been a very difficult walk.”

“God calls us” to duty they got, pausing repeatedly to compose himself.

The 54-year-old then pulled out his phone to conclude his speech with Bible verse.

“Don’t rejoice over me, Enemy of mine. Though I fall, I will rise. Though I live in Darkness, the Lord is alive for me,” he said. – AFP