PENANG Hill’s nature, history and cultural heritage will be promoted while giving utmost importance to conserving the environment.

Sustainable development strategies will also be implemented as laid out in a new area plan that will be gazetted by this year.

ALSO READ: ‘Careful planning to ensure highland is not Disturbed’

The general manager of Penang Hill Corporation (PHC) Datuk Cheok Lay Leng assured the public that the Penang Hill Special Area Plan 2020 (Substitution) would act as a guide for systematic development without exploiting the Highlands.

The plan, he said, would act as a detailed guide for control and planning of the designated area. 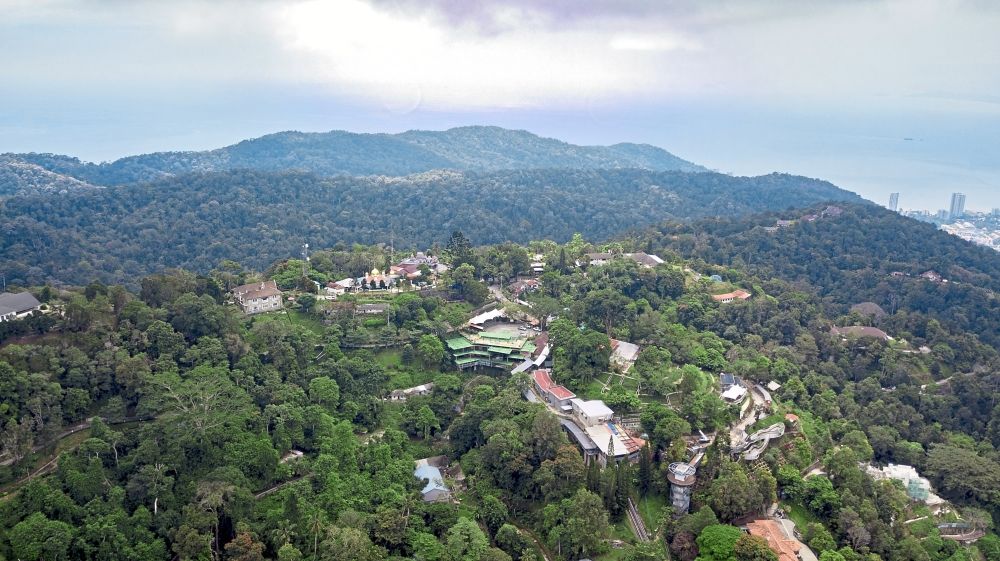 “We want to maintain and even enhance the natural beauty of Penang Hill without changing the current footprint.

“We always welcome input and expertise.

“We also welcome implementable suggestions as we want to introduce projects that meet the sustainable development goals,” he added.

Cheok Stressed on this to allay public fears over the proposed cable car project in Penang Hill. Visitors disembarking a Funicular train at the hill resort.

They said the project should not be misconstrued as a commercially driven idea or to increase visitor arrivals to the tourist site.

The cable car, he explained, was mainly an alternative means for visitors to reach the Hilltop and to help distribute visitor traffic.

As an ecologically friendly and sustainable transportation system, they said the cable car would be able to provide continued accessibility to the hill if the Funicular system experienced service disruptions or underwent maintenance. 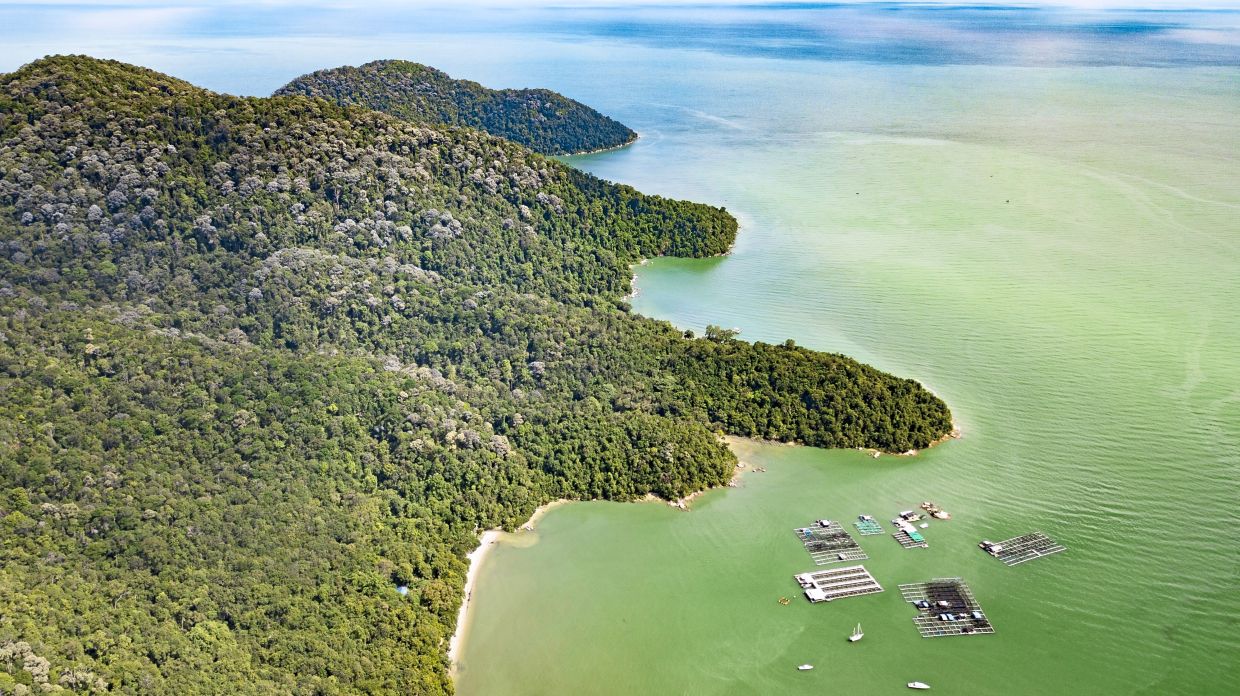 “We need to continue extending transport services’ reliability to cater to the overwhelming number of visitors during Peak seasons.

“Besides, we will also be able to spread the crowd with this alternative mode of transport for better traffic flow,” he added.

Cheok also said that the corporation pledged to execute the objectives of the Penang Hill Biosphere Reserve (PHBR) recognition by UNESCO in September last year.

Penang Hill has become the third UNESCO Biosphere Reserve in Malaysia after Tasik Chini in Pahang and Crocker Range in Sabah.

According to Unesco, Biosphere reserves are learning sites for sustainable development which would include terrestrial, marine and coastal ecosystems.

Each site promotes solutions reconciling the conservation of biodiversity with its sustainable use. 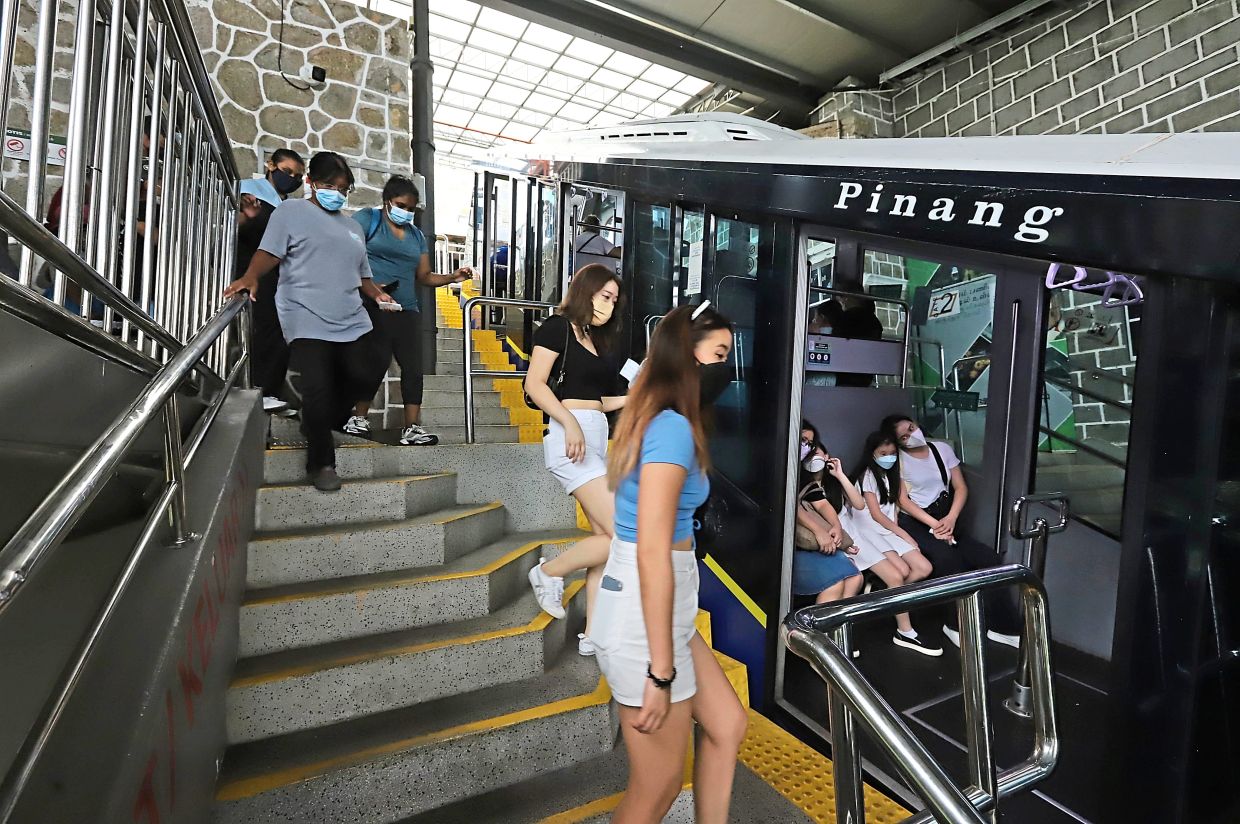 Currently, the only mode of transport to and from Penang Hill is the Funicular train. – Photos: LIM BENG TATT / The Star

Aside from the core area, this includes 7,285ha of terrestrial tracts and 5,196ha of marine space.

PHBR was listed under Unesco’s program on Man and the Biosphere (MAB) during the 33rd session of MAB’s International Coordinating Council held in Abuja, Nigeria, from Sept. 13 to 17 last year. Cheok: PHC will work with NGOs to create public awareness to better protect the environment.

MAB was launched by UNESCO in 1971 to promote environmentally sustainable approaches to economic development that are both socially and culturally relevant.

Currently, there are 727 Biosphere reserves across 131 countries worldwide, including 22 Transboundary sites.

Cheok was reported as saying last year that at PHBR, its core area of ​​5,757ha was already a protected site where biodiversity conservation works, research and educational activities were being carried out. 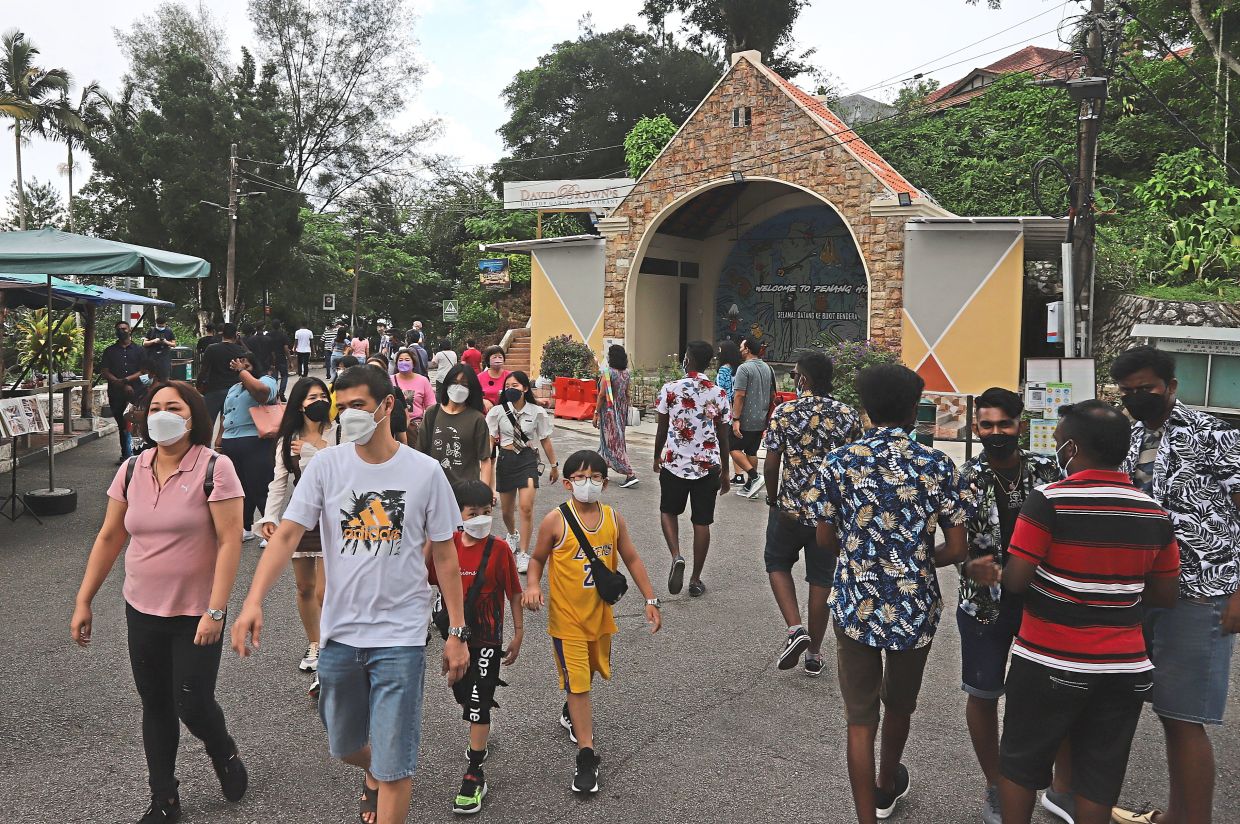 The weekend crowd on Penang Hill following the relaxation of Covid-19 restrictions in April.

The buffer zone covers 50m around protected areas, terrestrial core boundary and a radius of 0.5 Nautical miles around the marine zone.

The PHBR zoning is divided into the core area, buffer zone and transition areas.

The transition areas are connected to the core area by the buffer zone and encompasses human activities such as Settlements, commercial and recreational spaces.

On its Unesco Biosphere Reserve listing, Cheok said the National Conservation Trust Fund had approved a grant for PHC in March.

“It is for developing a management plan for our Unesco Biosphere Reserve that will encourage multi-stakeholder Collaboration as well as a communication framework.

“The first Inception workshop with stakeholders was held in April.

“This research will help in preparing the PHBR action plan too.

“We are working with the PHBR dossier team that comprises academics and scientists to develop a management plan.

“We are hiring project officers with the relevant expertise.

“At the core of it is research and education,” he said.

Cheok added that PHC would be actively working with non-governmental organizations and special interest groups to create more public educational and awareness programs to better protect the environment.

The Unesco Biosphere Reserve Certificate was presented to the Chief Minister of Energy and Natural Resources at Penang Ali Biju in a ceremony on June 11.