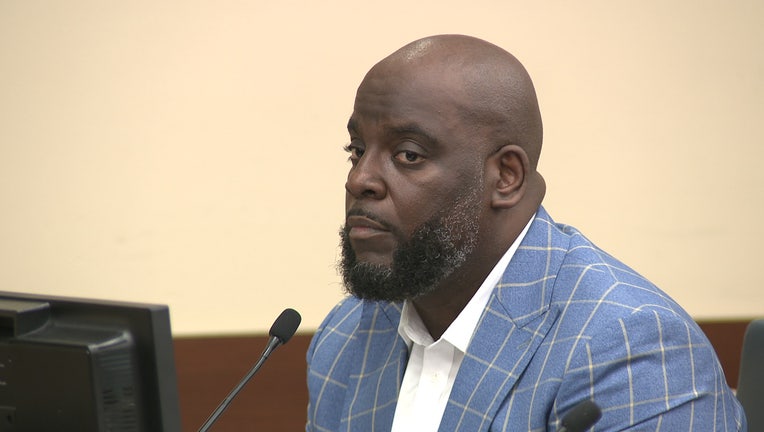 Darius Williams, aka Darius Cooks, appeared in a Cobb County courtroom over a dispute with one of his critics.

ATLANTA – The Better Business Bureau of Metro Atlanta issued a warning about doing business with a celebrity online chef based in Georgia.

According to the BBB, more than 70 customers of Darius Cooks complained they paid for cookbooks, cookware or tickets to his Dining with Darius cooking events but didn’t get the product.

And they say he ignored their requests for refunds.

“BBB advises consumers to use caution when doing business with DariusCooks, LLC,” the nonprofit organization warned. The statement also pointed out that none of the complaints were ever answered.

“Respectfully, I don’t care,” Williams told the FOX 5 I-Team when asked about the BBB warning.

According to the BBB, more than 70 customers of Darius Cooks complained they paid for cookbooks, cookware or tickets to his Dining with Darius cooking events but didn’t get the product.

DariusCooks, LLC was administratively dissolved in 2019 for “failing to file annual registration and / or failure to maintain a registered agent or registered office in this state,” according to the Georgia Secretary of State.

Darius Cooks is the professional name used by Darius Williams, a self-taught cook who built an online presence for what he said are millions of followers across the country.

Some followers complain the celebrity chef never sent their product but kept their money, his own reverse version of dine and dash.

“He told me the post office hadn’t sent out the package yet,” said Sherrica Blackmon of Minot, North Dakota. The military mom ordered a cookbook after receiving an earlier one without any issues.

“But when I called the post office they told me they hadn’t received the package yet,” she explained. “All he did was print out a shipping label.”

She said she discovered others on Williams’ social media pages with similar complaints.

So she added her comments.

“And when I did that he blocked me on social media,” she said. 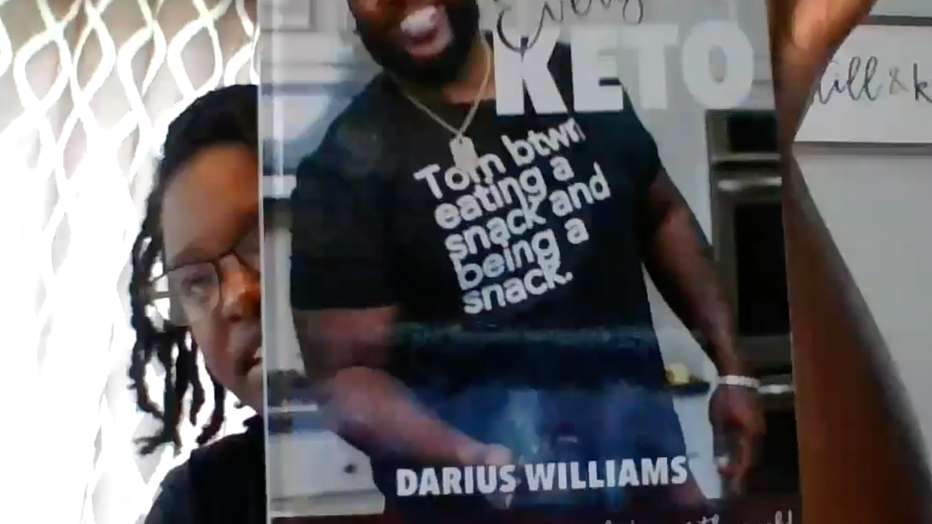 It took a call to her bank before Sherrica Blackmon finally got the cookbook she ordered from Darius Williams. He ignored her BBB complaint along with more than 70 others.

Blackmon said it finally took disputing the charge with her bank to get Williams to deliver that second cookbook, months after she complained to the BBB.

“Even with all the evidence surrounding him that numerous people are experiencing the same thing, there are still people that are defending him, upholding him and his trash behavior,” she said.

What kind of trash behavior?

When some critics wrote negative comments on those social media pages, Williams would respond by making public their personal information and encourage his faithful followers to fire back.

Williams posted pictures of one critic’s young children. Another – Melenese Ford of Atlanta – said she was bombarded with hate-filled texts, calls and comments from Darius Cooks fanatics.

“The person who called me and threatened me and my parents, she didn’t know us,” Ford said in an interview in March. “She did it solely based on her… weird attachment to this man.” 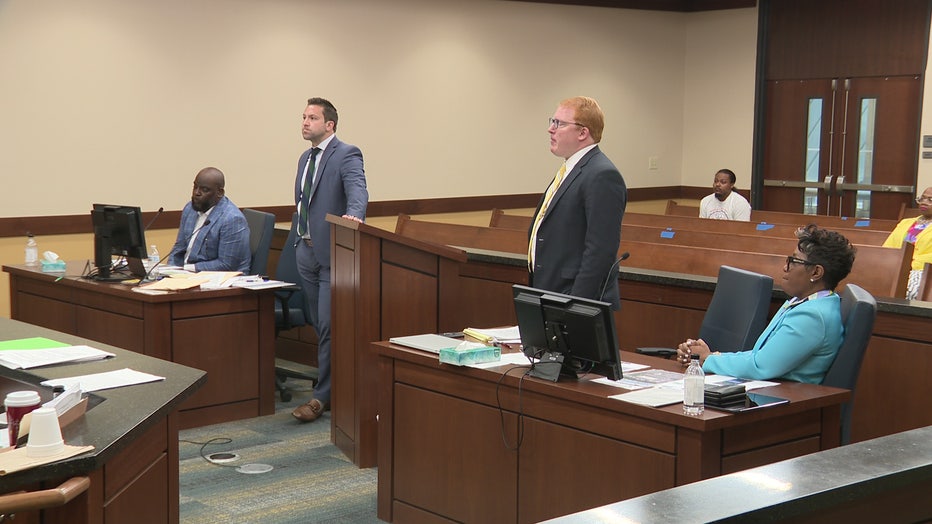 Melenese Ford (R) did not get a chance to testify in this hearing. She wants Williams to pay her legal fees. He wants a permanent restraining order.

Ford and Williams faced off in a Cobb County courtroom this week. She wanted Williams to pay her legal fees for a temporary restraining order he filed. She had shown up at a Sandy Springs barber shop after he live-streamed his visit there. When Williams came outside, he found a T-shirt with the words “Forever Problem” left on his car.

Williams claimed he was in fear for his life and called police. Ford did, too.

“I had to have my depression and anxiety medication increased after this incident happened,” Williams testified.

“He’s now in reasonable fear for his safety that this woman is following him,” added his attorney Robert Nothdurft.

But the hearing that was supposed to decide whether Williams should get a permanent restraining order turned into a debate over whether he’s actually the one doing the harassing.

“The history, the trail that follows Mr. Williams is rife with lies, with fraud, with harassment, with bullying,” Ford’s attorney Will Davis told the judge. “He wants to get clicks. He loves attention. This group of women that follow him love the drama. And so does he.”

He asked Williams if he knew the definition of trolling.

“Trolling is… making fun of someone or picking on someone,” Williams answered.

Ford didn’t get a chance to testify before the hearing was extended to another day. The judge said he would rule after that.

Meantime, that chef’s special – trolling – appears to still be on the menu.

“Not without reason,” he replied.