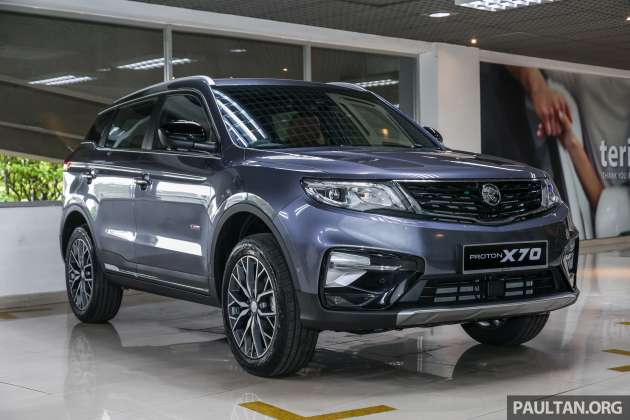 After nearly four years and over 70,000 units on the road, the Proton X70 has finally received its first minor change (MC), giving it mild styling tweaks and a new engine option to go with them. Well, this isn’t a facelift in the conventional sense, even though its twin, the Geely Boyue, has gone under the knife twice in China (Boyue Pro / 2022 Boyue and Boyue X) since the Malaysian version was launched back in 2018.

The Premium X remains at the top of the lineup, now named simply the 1.8 Premium and costing RM6,000 more at RM121,800. These figures are on-the-road without insurance, inclusive of the sales and service tax (SST) exemption valid until the end of the month. A five-year, Unlimited-mileage warranty and five times free Labor for servicing comes as standard with every purchase, as before.

Even though there aren’t any wholesale aesthetic upgrades, there’s still plenty of things to talk about here. There’s a new powertrain, after all, which is the main focus of the MC. So, let’s get straight to it. 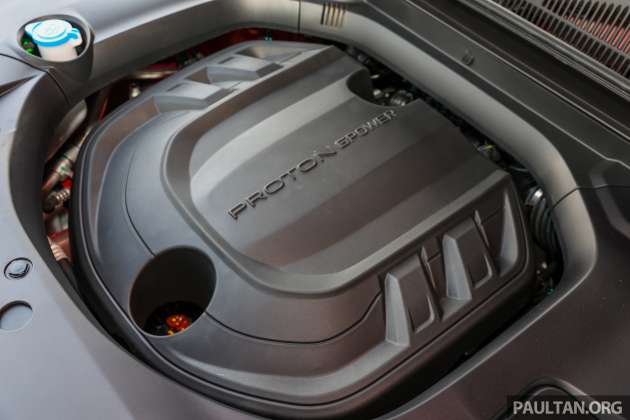 X50 engine on most models, lower outputs but less weight

The engine is a known quantity, especially to the owners of the smaller X50. That’s because the 1.5 liter Turbocharged three-cylinder engine has been carried over – here, it’s offered exclusively in direct-injected TGDi form, but even this high-output version is slightly less powerful than the outgoing 1.8 liter four-pot.

Power is rated 7 PS lower at 177 PS at 5,500 rpm, but the key stat is torque, which has fallen some 45 Nm to 255 Nm, made between 1,500 and 4,000 rpm. Proton says the shortfall won’t be noticeable in Everyday driving conditions because the Peak Twist is made 250 rpm lower down, and the 43 kg saved by dropping one cylinder should also help make up some of the deficit.

We say some, because the new X70 takes three tenths of a second longer to get from zero to 100 mph, accomplishing the century Sprint in 9.8 seconds. On the plus side, the company is claiming a seven per cent improvement in the fuel economy, which to now buyers will be a more important consideration.

The three-pot engines aren’t exactly the last word in refinement, but the new mill, developed in collaboration with Geely and Volvo, gets a sound-insulating polyurethane engine cover to ensure the X70’s whisper-quiet driving experience remains undimmed. It’s also locally assembled for the first time, built at a new plant in Tanjung Malim – ahead of being being offered in more Proton models in the future. 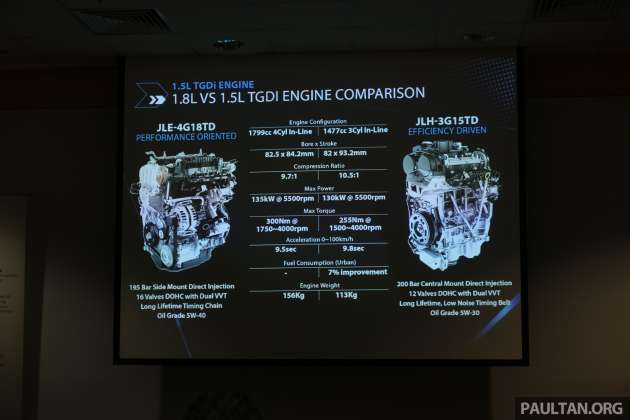 Buyers hankering for the older 1.8 liter turbo four-cylinder will be please to know that it will continue to be offered but, as mentioned earlier, it will only be available in the most expensive variant. It produces the same 184 PS at 5,500 rpm and 300 Nm of torque between 1,750 and 4,000 rpm.

As before, the models receive a seven-speed wet dual-clutch transmission, introduced on the locally-assembled CKD model back in 2020. Another product of the Sino-Scandinavian Collaboration, the gearbox has been retuned in the 1.5 liter models to suit the new engine but is untouched in the 1.8 Premium.

The drive is sent to the front wheels, although you can once again get an all-wheel drive as an option, brought back in response to customer feedback – especially those in East Malaysia. It’s still limited to the mid-range Executive variant, however, meaning that the all-paw model misses out on the Premium’s all-important driver assistance features. More on that later. 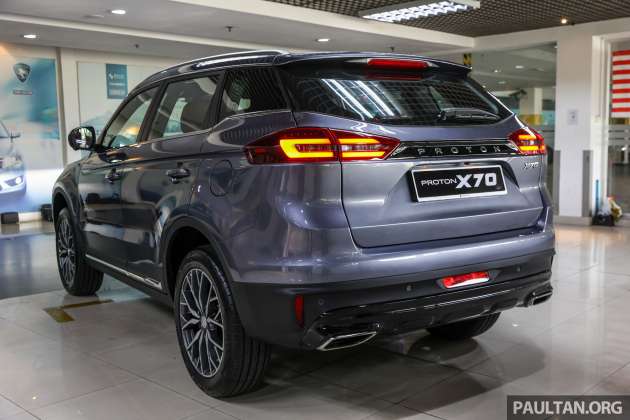 Now that we’ve gotten the Sole big change out of the way, we can talk about the few Aesthetic changes that have been added, which are little more than color changes to specific parts. There are no new body panels, but the components that were previously matte gray (the Infinite Weave Grille bars, front bumper corner “rings”, rear number plate garnish and decorative rear skid plate) are now finished in gloss black.

The Sole exceptions are the chin spoiler at the front and the inserts for the air curtain inlets, which have been painted in a brighter matte silver. Meanwhile, the surrounds for those inserts are painted in gloss black instead of body color, while the door mirrors are finished in metallic Quartz Black – both of which have been carried over from last year’s SE.

Finally, there are the two new wheel designs, both lifted from the Chinese-market Boyue Pro. The intricate 19-inch alloys on the 1.5 and 1.8 Premium are familiar and come from the SE, but the 18-inch rollers for the Executive have not been seen in Malaysia before. The Standard, on the other hand, rides on the same silver 17s as before. 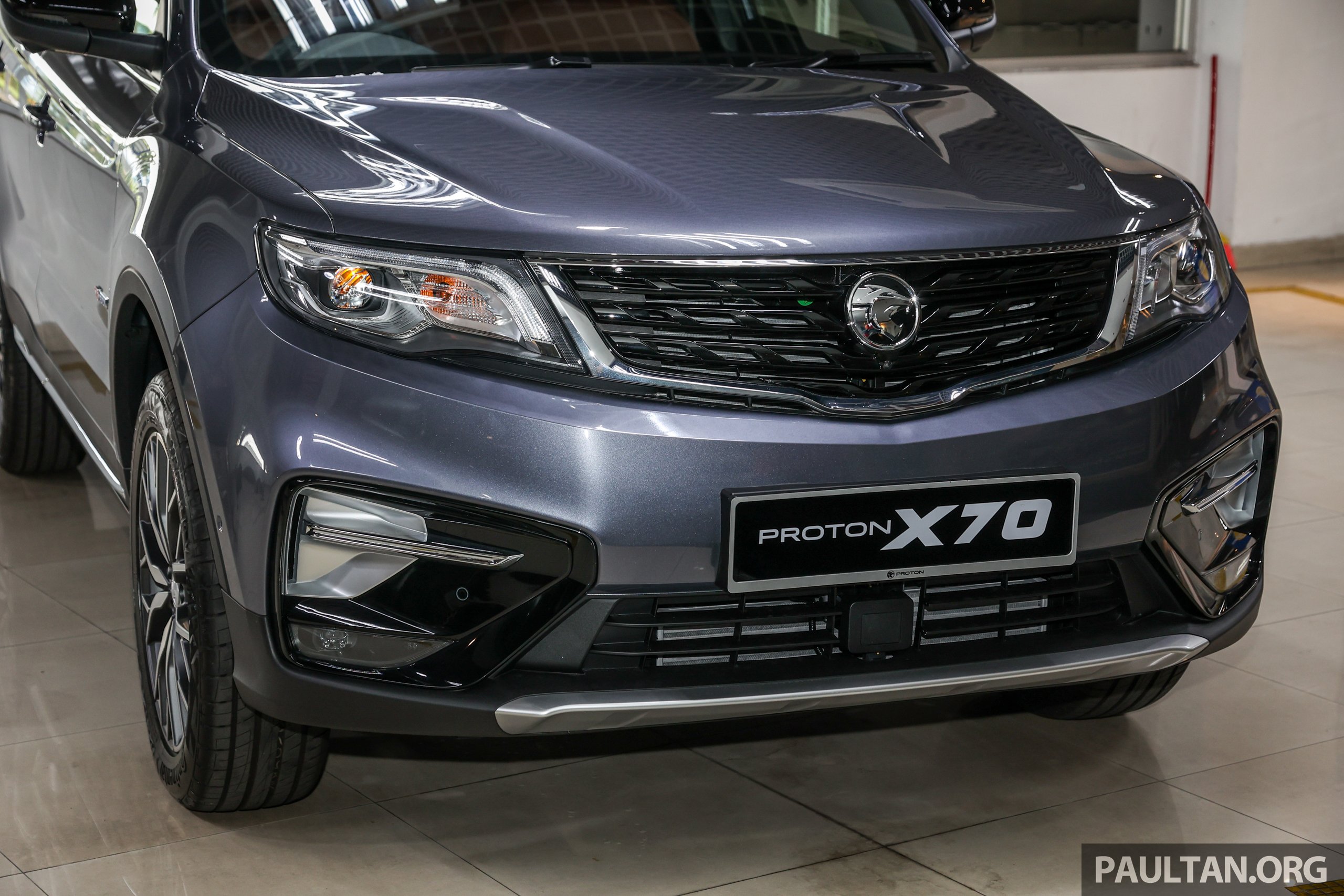 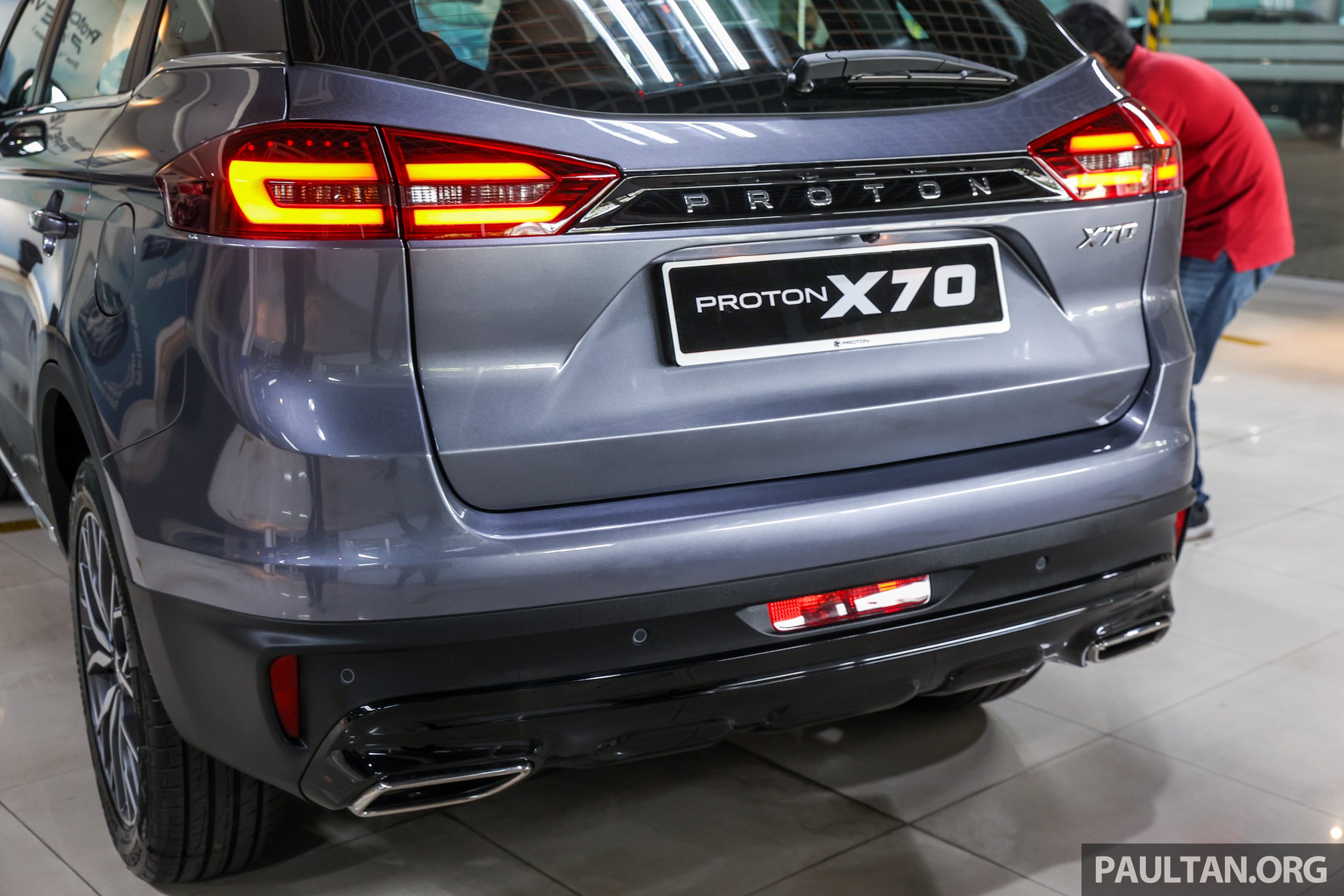 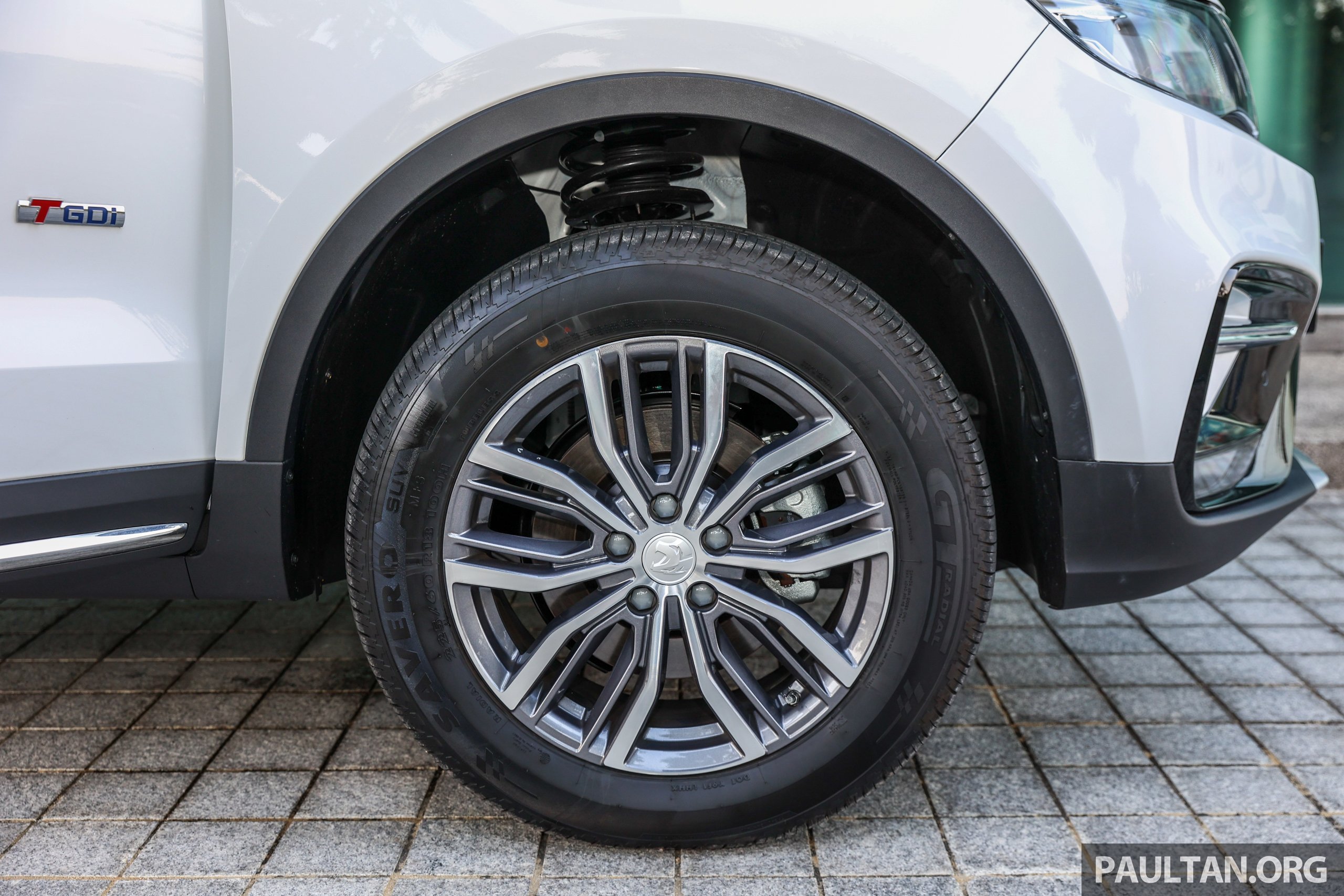 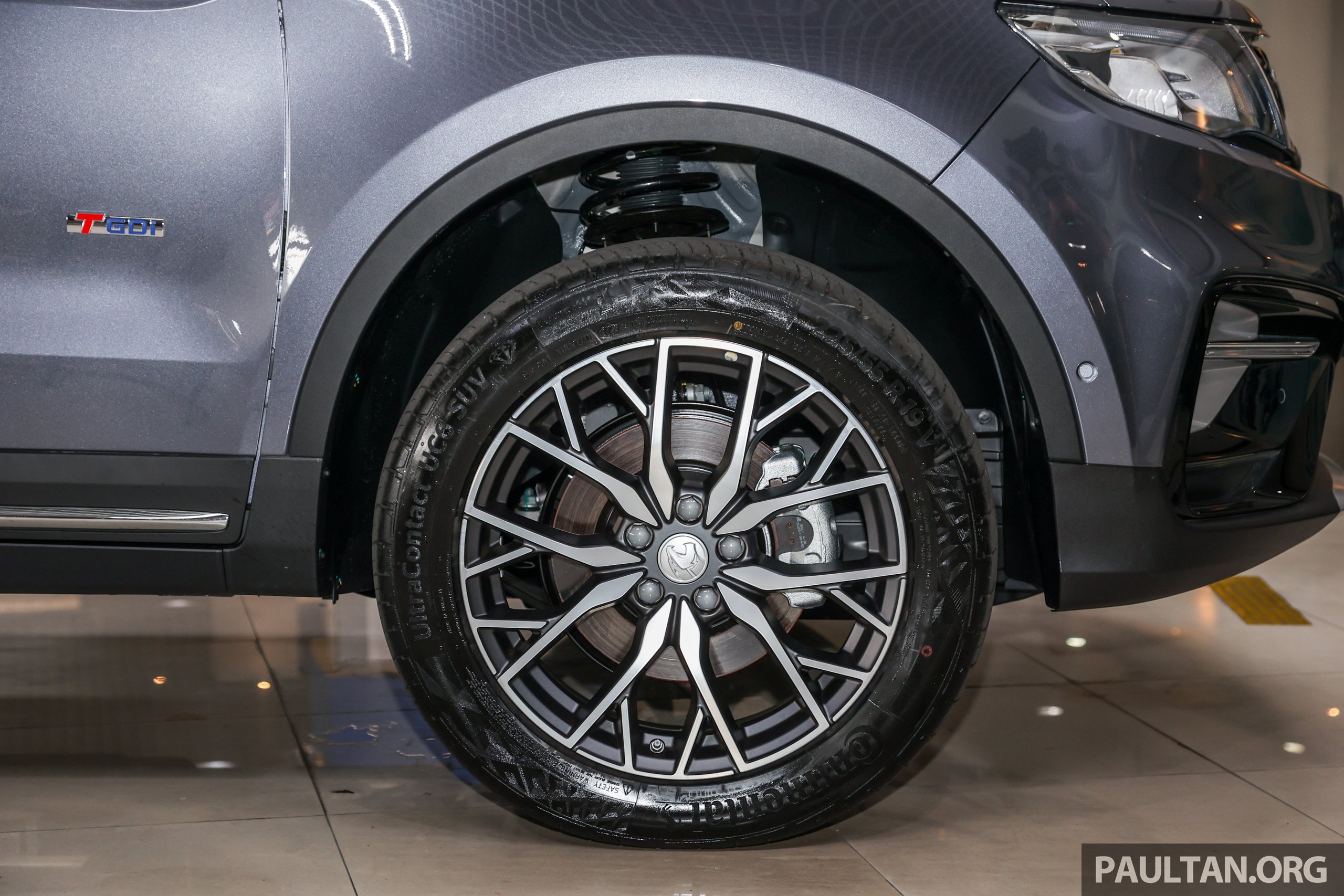 The changes are even more minor on the inside, with just the black headlining being added for a sportier look. The gently undulating Dashboard, tall center Console, prominent grab handles and flat-bottomed steering wheel all remain, as do the standard-fit seven-inch instrument display and eight-inch Infotainment touchscreen – the latter hooked up to the Geely Key User Interface ( GKUI) with “Hey Proton” voice control. 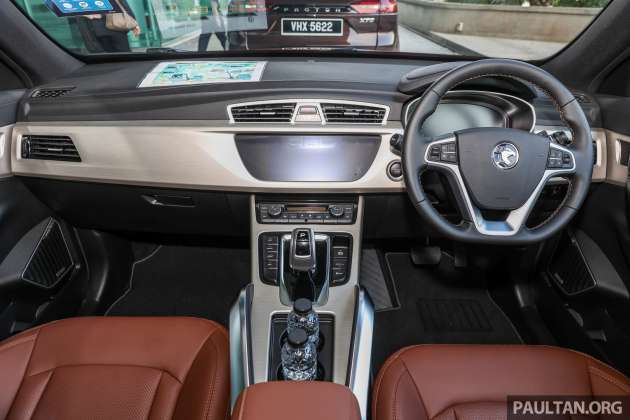 Stepping up to the 1.5 Premium adds a hands-free function for the tailgate and nets you brown Nappa leather upholstery, a power-adjustable passenger seat with “boss” switches, four auto up / down windows, additional voice control functions (including for windows) and a nine-speaker Kenwood sound system. Just like the old Premium X, the 1.8 Premium gains a Panoramic sunroof, but it also receives security window ink.

Safety-wise, the X70 comes as standard with six airbags and stability control; as before, only the Premium models can have advanced driver assistance systems (ADAS). The suite is unchanged and includes Autonomous emergency Braking, Adaptive cruise control, lane departure warning, blind spot monitoring, door opening warning and automatic high beam. As such, the Flagship SUV continues to lag behind the X50, which can be had with Level 2 semi-Autonomous driving features such as lane centring assist.

As always, we have a spec-by-spec breakdown of the available kit, which is as follows: 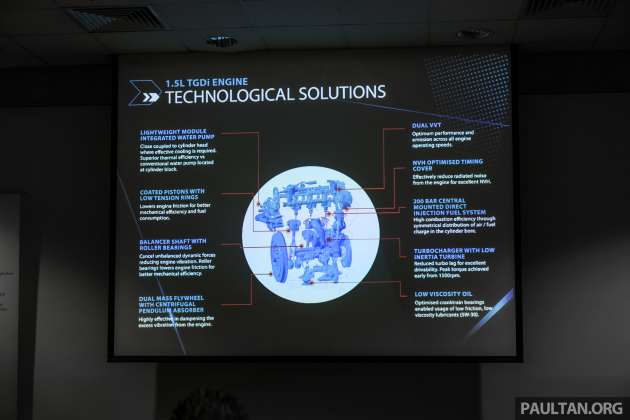 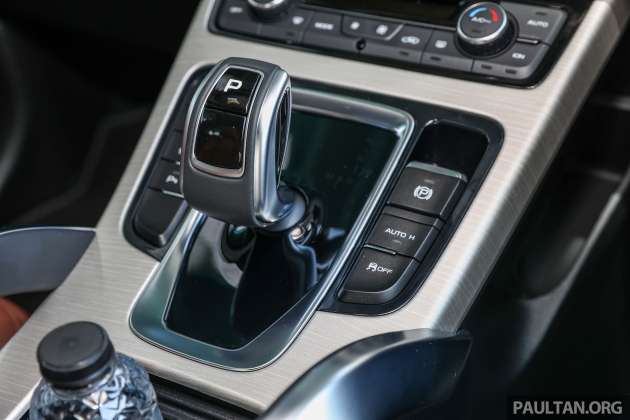 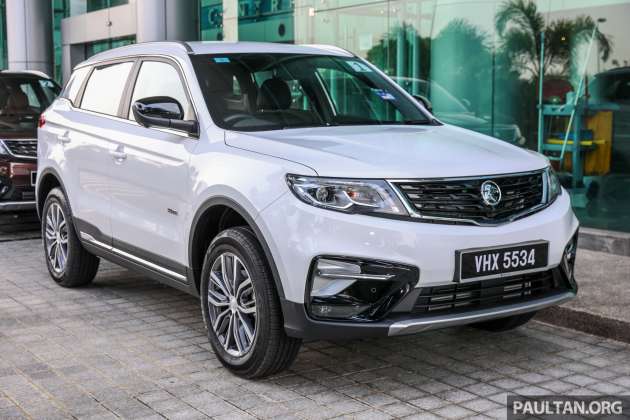 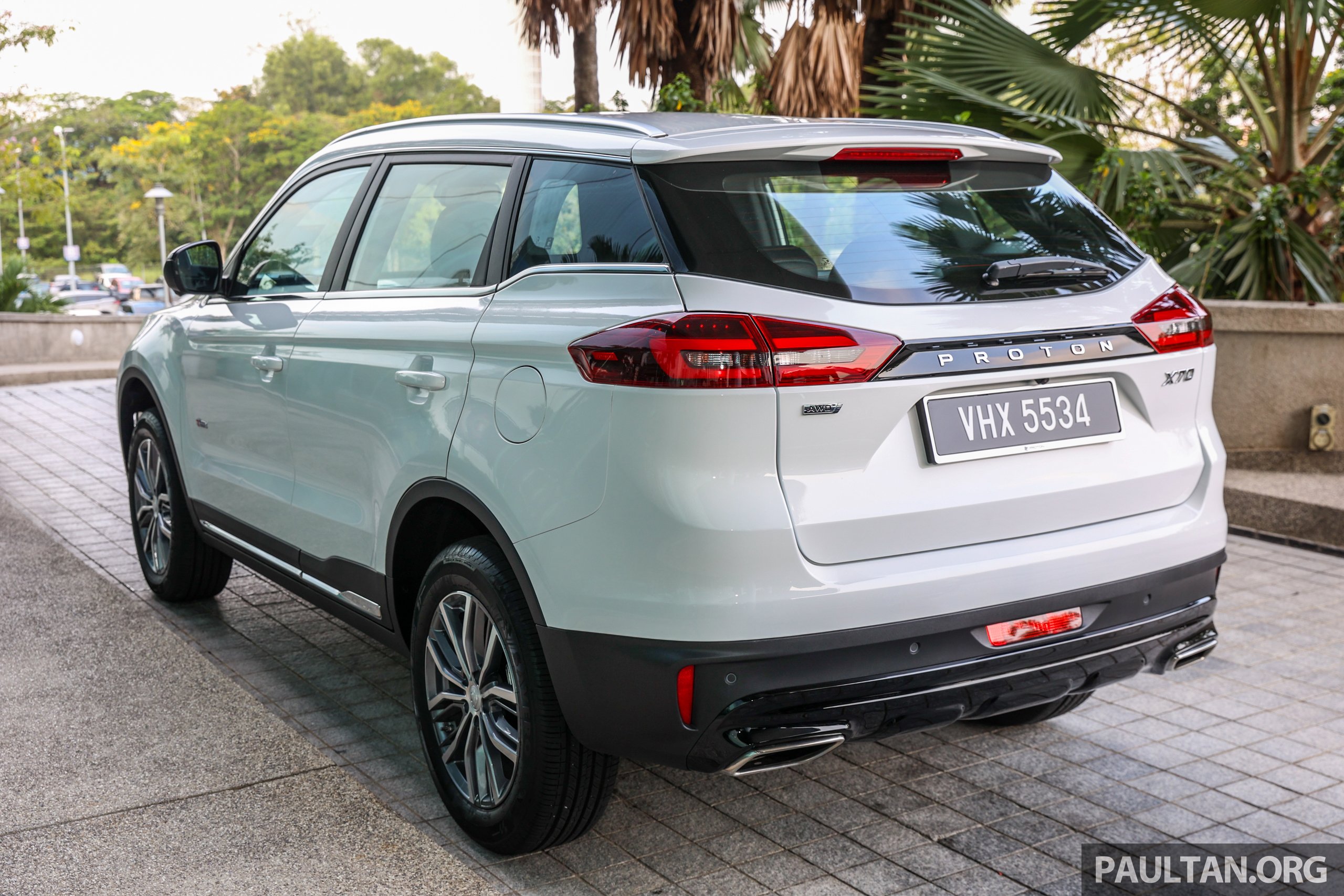 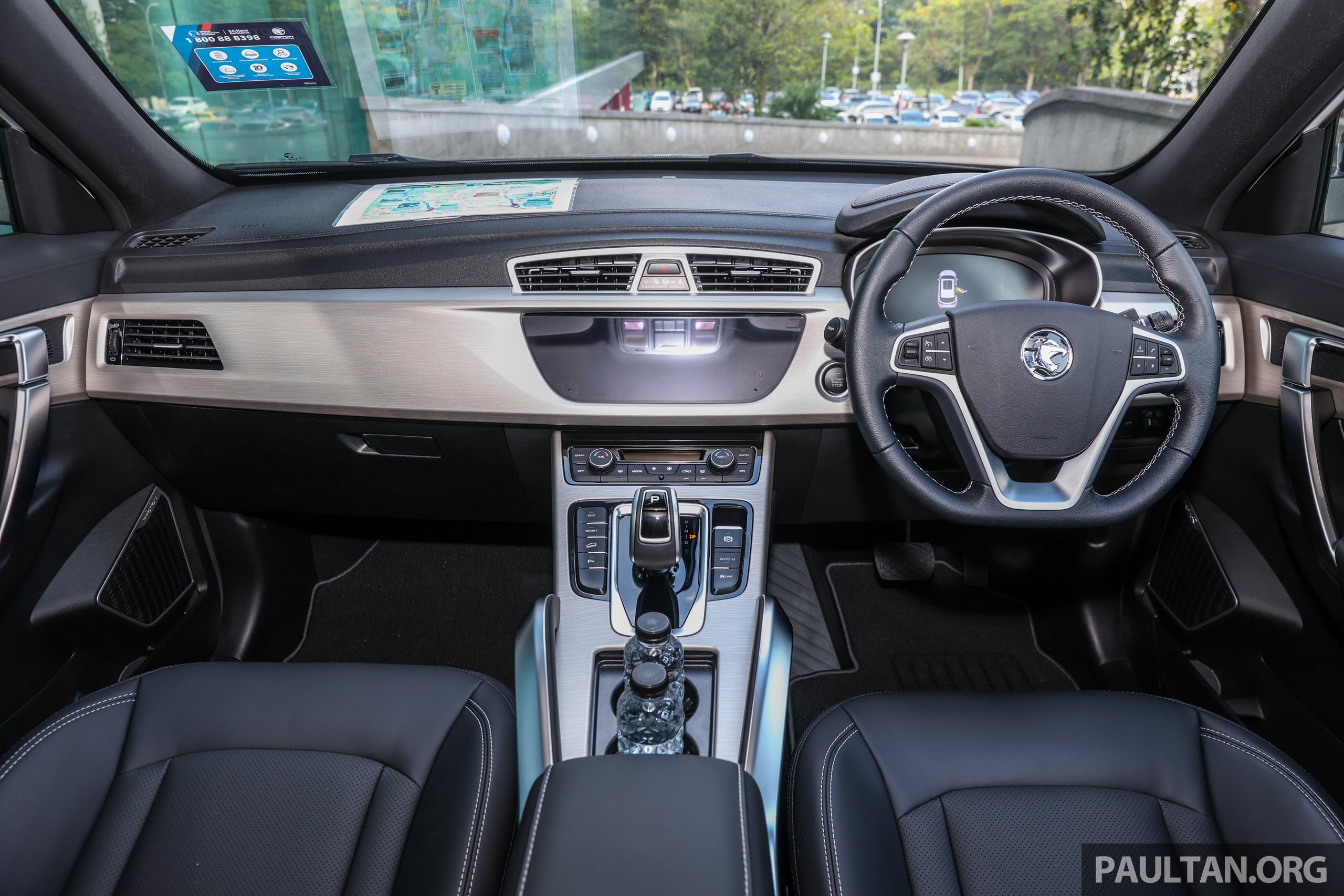 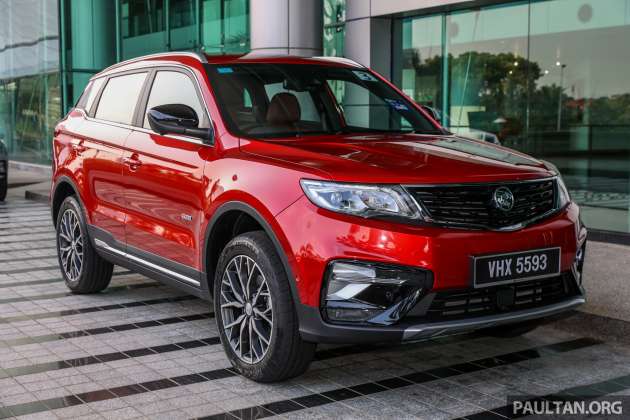 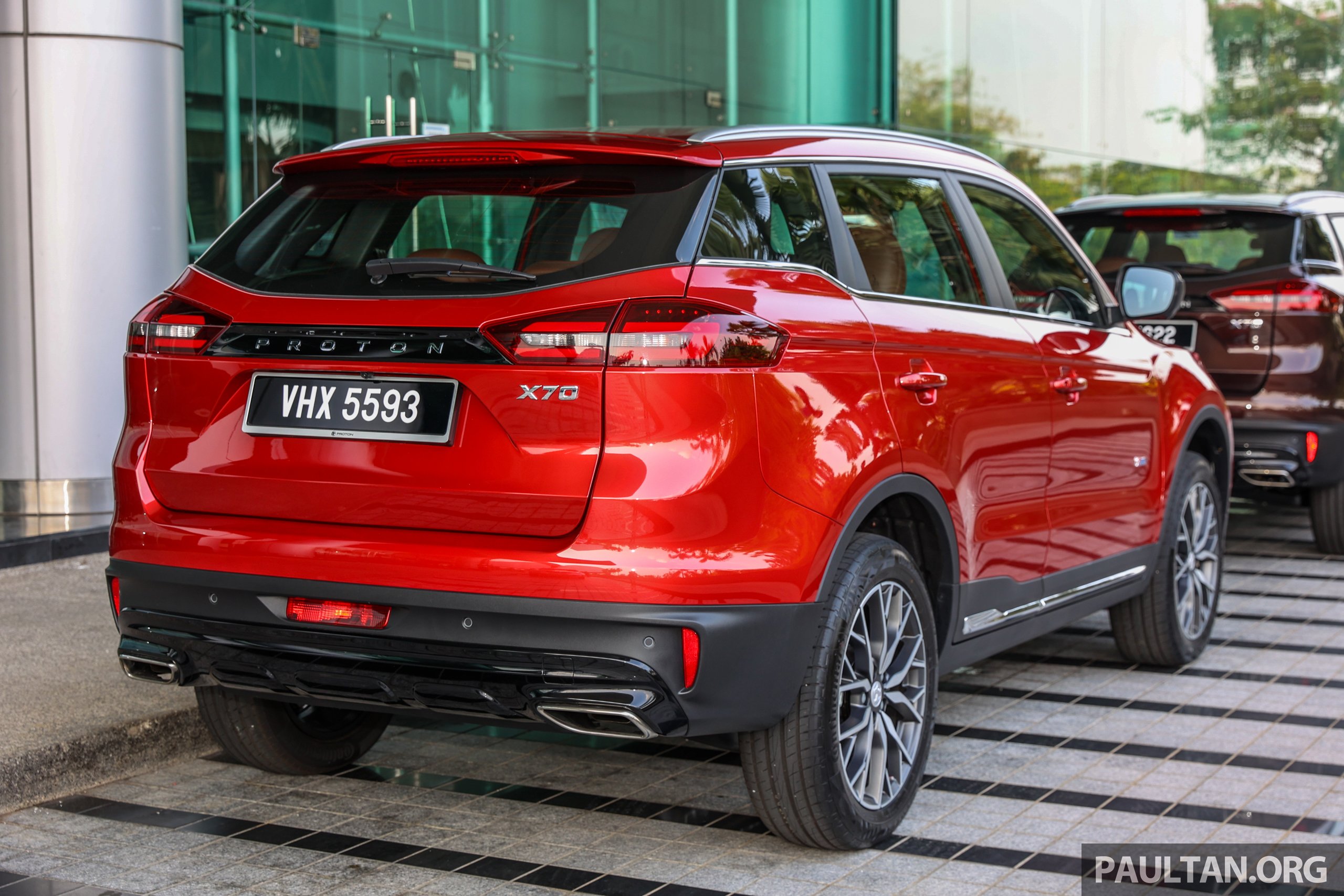